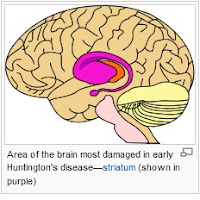 Geneticists have discovered a promising direction in Huntington’s treatment. In the lab, glutathione peroxidase improved Huntington’s disease. Drugs mimicking this activity are already approved for other disorders. Learn about this new approach to treat people with Huntington’s.

Leicester geneticists have discovered a potential defence against Huntington’s disease – a fatal neurodegenerative disorder which currently has no cure.

The team of University of Leicester researchers identified that glutathione peroxidase activity – a key antioxidant in cells – protects against symptoms of the disease in model organisms.

They hope that the enzyme activity – whose protective ability was initially observed in model organisms such as yeast – can be further developed and eventually used to treat people with the genetically-inherited disease.

Their paper, Glutathione peroxidase activity is neuroprotective in models of Huntington’s disease, was published in Nature Genetics.

A team of experts from the University’s Department of Genetics carried out research for more than six years to identify new potential drug targets for the disease.

They initially screened a genome-wide collection of yeast genes and found several candidates which protected against Huntington’s related symptoms in yeast. They then validated their findings in fruit flies and mammalian cells.

They found that glutathione peroxidase activity is robustly protective in these models of Huntington’s disease.

Importantly, there are drug-like compounds available that mimic this activity that have already been tested in human clinical trials for other disorders – which potentially means the approach could be used to treat people with the disease.

The team now aim to further validate the observations regarding glutathione peroxidase activity, in order to understand whether this could have therapeutic relevance for Huntington’s.

In addition, they have identified many additional genes that are protective – and aim to further explore these to see if there are any additional therapeutic possibilities suggested by their research.

Dr Flaviano Giorgini, Reader in Neurogenetics of the University’s Department of Genetics and senior author of the paper, said: “We are taking advantage of genetic approaches in simple model organisms in order to better understand Huntington’s disease, with the aim of uncovering novel ways to treat this devastating disorder.

“It appears that glutathione peroxidase activity is a robustly protective antioxidant approach which may have relevance for Huntington’s disease.”

Dr Robert Mason, Research Associate in the Department of Genetics, and first author of the study, said: “In addition to glutathione peroxidase, this study has identified many genes that improve Huntington’s ‘symptoms’ in yeast. These genes provide valuable information on the underlying mechanisms leading to Huntington’s, and further study will likely uncover additional approaches that could be beneficial in treating this terrible disease.”

Dr Giorgini stated: “We are excited by the work because it uncovers a potential new route for therapeutics in Huntington’s disease. I am also proud that all of this work has been conducted at the Department of Genetics at the University of Leicester.”

The research was primarily funded by CHDI Foundation and the Huntington’s Disease Association.

Around 12 people per 100,000 are affected by Huntington’s disease in the UK – though it is thought more people carry the gene without exhibiting symptoms.

The disease progresses for ten to twenty years – and normally leads to death from a secondary cause, such as heart failure or pneumonia.

Currently, there is no cure for Huntington’s disease, and its progress cannot be reversed or slowed down.

PrevPreviousIs Copper Behind the Alzheimer’s Epidemic?
Next5 Questions To Ask the Doctor About Alzheimer’sNext
Subscribe
Login
0 Comments
Inline Feedbacks
View all comments