Busy Minds Can Push Off Alzheimer’s 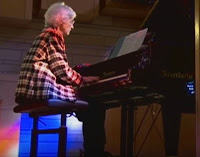 Find out about activities to help your mind push off Alzheimer’s by as much as 8 years.

MINNEAPOLIS – People who keep mentally and physically healthy in middle age may help stave off the symptoms of Alzheimer’s disease, according to a study published in the online edition of Neurology®, the medical journal of the American Academy of Neurology.

The findings differed for people who are carriers of a gene linked to Alzheimer’s, called APOE4, which affects about 20 percent of the population. Those with the gene who had at least 14 years of education and kept mentally active in middle age had lower levels of proteins, called amyloid plaques, that can build up in brain tissue and lead to Alzheimer’s disease than those with the gene and a high level of education but who did not keep mentally active in middle age. Among the APOE4 high education individuals, the predicted amyloid levels in a 79-year-old who kept mentally active (67th percentile) would be the same as the predicted amyloid levels in a 74 year-old who did not (33rd percentile).

“Recent studies have shown conflicting results about the value of physical and mental activity related to the risk of developing Alzheimer’s disease, and we noticed that levels of education differed in those studies,” said study author Prashanthi Vemuri, PhD, of the Mayo Clinic in Rochester, Minn. “When we looked specifically at the level of lifetime learning, we found that carriers of the APOE4 gene who had higher education and continued to learn through middle age had fewer amyloid deposition on imaging when compared to those who did not continue with intellectual activity in middle age.”

Vemuri said the overall findings for people who do not carry the gene should not discourage people from exercising and taking part in activities such as reading books and magazines, playing games and using computers. “There is substantial evidence that these activities help to delay the onset of memory and thinking problems,” Vemuri said. “What we don’t know is how this process works.”

For the study, researchers evaluated 393 people without dementia who were part of the Mayo Clinic Study of Aging. Of those, 53 had mild cognitive impairment. All were 70 years of age or older. They were divided into two groups, those with more than 14 years of education and those with less.

Researchers then used MRI and PET scans to look for biomarkers of Alzheimer’s disease and questionnaires to evaluate weekly intellectual and physical activity in middle age.

For the group as a whole, education, occupation and mental and physical activity in middle age appeared to have little to no effect on the rates of worsening amyloid plaques, brain glucose metabolism and brain volume. But for APOE4 carriers with high education and continued lifetime learning, there was less amyloid deposition in the brain than those with high education who did not continue to learn.

“It is possible those who did not continue intellectual activity in middle age did so because they had higher levels of amyloid plaques,” said Vemuri. “While there are many limitations with this study, our findings show further study is needed and suggest that differing education levels in other recent studies may explain the conflicting results seen in the research literature.”

PrevPreviousYou’re Not Getting Alzheimer’s; You Just Know So Much
NextA Big Step in Treating Wandering in DementiaNext
Subscribe
Login
0 Comments
Inline Feedbacks
View all comments