You’re Not Getting Alzheimer’s; You Just Know So Much 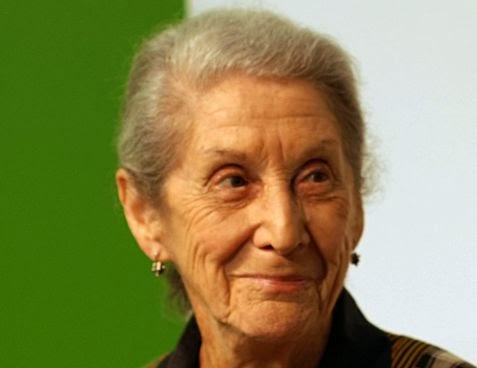 DOES AGE LEAD to deterioration of brain function, or do older brains just take longer to process ever increasing amounts of knowledge? The latest research may surprise you.

What happens to our cognitive abilities as we age? Traditionally it
is thought that age leads to a steady deterioration of brain function,
but important research in Topics in Cognitive Science argues that older brains
may take longer to process ever increasing amounts of knowledge, and
this has often been misidentified as declining capacity.

The
study, led by Dr. Michael Ramscar of the University of Tuebingen, takes a
critical look at the measures that are usually thought to show that our
cognitive abilities decline across adulthood. Instead of finding
evidence of decline, the team discovered that most standard cognitive
measures are flawed, confusing increased knowledge for declining
capacity.

Dr. Ramscar’s team used computers, programmed to act as
though they were humans, to read a certain amount each day, learning
new things along the way. When the researchers let a computer ‘read’ a
limited amount, its performance on cognitive tests resembled that of a
young adult. However, if the same computer was exposed data which
represented a lifetime of experiences its performance looked like that
of an older adult. Often it was slower, not because its processing
capacity had declined, but because increased “experience” had caused the
computer’s database to grow, giving it more data to process, and that
processing takes time.

“What does this finding mean for our
understanding of our ageing minds, for example older adults’ increased
difficulties with word recall? These are traditionally thought to reveal
how our memory for words deteriorates with age, but Big Data adds a
twist to this idea,” said Dr. Ramscar. “Technology now allows
researchers to make quantitative estimates about the number of words an
adult can be expected to learn across a lifetime, enabling the team to
separate the challenge that increasing knowledge poses to memory from
the actual performance of memory itself.”

“Imagine someone who
knows two people’s birthdays and can recall them almost perfectly. Would
you really want to say that person has a better memory than a person
who knows the birthdays of 2000 people, but can ‘only’ match the right
person to the right birthday nine times out of ten?” asks Ramscar.

“It
is time we rethink what we mean by the aging mind before our false
assumptions result in decisions and policies that marginalize the old or
waste precious public resources to remediate problems that do not
exist,” said Ramscar.

I am 69 years old and just had a conversation along this line with my 34 year old daughter. Thanks for sharing this research!

My mind is like a slow computer. It sometimes takes a while, but I still get the answer.

I read a book on this subject at least twenty years ago. The author, I don't remember who she is, presented her basic idea this way. Ask a sixteen year old a question on an important matter and you have an immediate answer. Not much learning or experience to sort through. Ask the same question of a seventy-six year old and it takes longer to get an answer. The seventy-six year old has an additional sixty years of learning and experience to sort through before offering an answer.

I have often heard the age of sixteen referred to as the age of omniscience. By the time you are seventy-six, you have learned that there is no such age. He has also learned to think before he speaks.

My dad lost his ability to communicate when he had Alzheimer.Why is this happening?

Because the part of the brain that processes sound to understand speech and produce responses is badly affected by loss of connections to the parts of the brain. The brain in this area shrinks, and this often starts happening early in the disease process.

Slowing of response is one of the perils of age. I now (86) must be very careful driving, eg when I approach a corner, I look right, no traffic, look left, no traffic, but by the time I have processed both ways I am still not sure. Phil.

Thank you, my significant other is more and more non-communicative even with others and he is now starting to not remember basic words for objects. When talking to people he can't make complete sentences, this helps know why.

I am 85 in the UK. When I am asked a question I can say "I know that", but it can take an hour or two to get to the top of the pile, depending how long ago it was it can be tomorrow before I can answer.
I knew this before reading this article.
Roger King Cheshire