P.A.R.T. Dementia is Alzheimer’s Without the Plaque 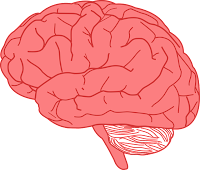 DIAGNOSING DEMENTIA: Find out how people diagnosed with Alzheimer’s may lack Alzheimer’s plaques and actually have P.A.R.T. Dementia. (That is, Primary Age-Related Tauopathy, or PART for short). Learn why this matters in treatment & research.

The study, co-led by Peter T. Nelson, MD, PhD, of the University of Kentucky’s Sanders-Brown Center on Aging, and John F. Crary, MD, PhD, of Mount Sinai Hospital, was published in the journal Acta Neuoropathologica.

“To make an Alzheimer’s diagnosis you need to see two things together in a patient’s brain: amyloid plaques and structures called neurofibrillary tangles composed of a protein called tau,” said Dr. Nelson, a professor of neuropathology at the University of Kentucky’s Sanders-Brown Center on Aging. “However, autopsy studies have demonstrated that some patients have tangles but no plaques and we’ve long wondered what condition these patients had.”

Plaques in the brain, formed from the accumulation of amyloid protein, are a hallmark of Alzheimer’s disease. Until now, researchers have considered cases with only tangles to be either very early-stage Alzheimer’s or a variant of the disease in which the plaques are harder to detect. However, previous in-depth biochemical and genetic studies have failed to reveal the presence of any abnormal amyloid in these patients. Although tangle-only patients can have memory complaints, the presence of plaques is a key requirement for an Alzheimer’s diagnosis.

In the current study, investigators from the United States (including five from Sanders-Brown), Canada, Europe, and Japan came together to formalize criteria for diagnosing this new neurological disorder. The study establishes that PART is a primary tauopathy, a disease directly caused by the tau protein in tangles. Many of the neurofibrillary tangles in Alzheimer’s brain, in contrast, are thought to arise secondarily to amyloid or some other stimuli. The researchers propose that individuals who have tangles resembling those found in Alzheimer’s but have no detectable amyloid plaques should now be classified as PART.

PART is most severe in patients of advanced age, but is generally mild in younger elderly individuals. The reason for this is currently unknown, but unlike Alzheimer’s disease, in which the tangles spread throughout the brain, in PART cases the tangles are restricted mainly to structures important for memory.

It is too early to tell how common PART is, but given that tangles are nearly universal in the brains of older individuals, it might be more widespread than generally recognized. While further studies are required, new diagnostic tests using brain scans and cerebrospinal fluid biomarkers for amyloid and tau are finding surprisingly high proportions of patients (as many as 25% in some studies) with mild cognitive impairment that are positive for tau but negative for amyloid.

“Until now, PART has been difficult to treat or even study because of lack of well-defined criteria,” said Dr. Nelson. “Now that the scientific community has come to a consensus on what the key features of PART are, this will help doctors diagnose different forms of memory impairment early. These advancements will have a big impact on our ability to recognize and develop effective treatments for brain diseases seen in older persons.”

Identifying the type of neurological disorder in the early stages of disease is critical if treatment is to begin before irreparable brain damage has occurred. However, in the absence of clear criteria, different forms of neurological disorders have been hard to distinguish. As a result, PART patients may have confounded clinical trials of amyloid-targeting drugs for Alzheimer’s disease as these treatments are unlikely to be effective against tangles. Along with the development of better biomarkers and genetic risk factors for dementia, the new diagnosis criteria will help PART patients to receive more targeted therapy and improve the accuracy of clinical trials for Alzheimer’s drugs.

MORE INFORMATION:
The University of Kentucky’s Sanders-Brown Center on Aging was established in 1979 and is one of the original ten National Institutes of Health (NIH)-funded Alzheimer’s disease Research Centers. The SBCoA is internationally acclaimed for its progress in the fight against illnesses facing the aging population.