Alzheimer’s Gene an Even Bigger Trigger

Until recently, APOE-e4 was thought to be the highest-risk Alzheimer’s gene. Then, a newly discovered immune-system gene began getting even more attention. Find out why researchers are excited about its potential to lead them to the door of a better Alzheimer’s treatment.

In a recently published study, a multi-institutional team led by scientists at the Indiana University School of Medicine discovered an immune system gene associated with higher rates of amyloid plaque buildup in the brains of Alzheimer’s patients and older adults at risk for the disease.

The research, reported in the journal Brain, found that a variant in the IL1RAP gene was associated with greater amyloid plaque accumulation over two years and had an even stronger effect than the well-known APOE e4 allele which is notorious for its association with the development of Alzheimer’s disease.

Using positron emission tomography imaging in nearly 500 individuals, the researchers assessed the levels of brain amyloid deposits at an initial visit and again two years later. A genome-wide analysis was then conducted to identify genetic variants associated with the rate of plaque accumulation during the two-year window. As predicted, APOE e4 was found to be associated with higher rates of plaque buildup. However, the investigators were surprised to find that IL1RAP, which codes for the key immune signaling factor Interleukin-1 Receptor Accessory Protein, showed an independent and even stronger influence on amyloid accumulation.

"This was an intriguing finding because IL1RAP is known to play a central role in the activity of microglia, the immune system cells that act as the brain’s "garbage disposal system" and the focus of heavy investigation in a variety of neurodegenerative diseases," said Vijay K. Ramanan, M.D., Ph.D., postdoctoral researcher at the IU School of Medicine.

Alzheimer’s disease affects more than 5 million older Americans and there is currently no therapy proven to halt or reverse the underlying cause of the progressive symptoms of dementia. Researchers are increasingly focused on mechanisms involved with the deposit and clearance of amyloid plaques, particularly in early stages when symptoms are mild or not yet present. Scientists have long known from studies of brain tissue that microglia, the brain’s primary immune cell, gather around amyloid plaques. More recent evidence indicates that microglia play a role in clearing the deposits and PET scans show alterations in microglial activity in Alzheimer’s disease.

The study published in Brain found that the amyloid-associated IL1RAP variant was also associated with:

"The findings suggest that targeting the IL1RAP immune pathway may be a viable approach for promoting the clearance of amyloid deposits and fighting an important cause of progression in Alzheimer’s disease," said Andrew Saykin, Psy.D., director of the Indiana Alzheimer Disease Center and the national Alzheimer’s Disease Neuroimaging Initiative Genetics Core.

Dr. Saykin noted that there are available drugs that target the IL-1/IL1RAP pathway for rheumatologic and inflammatory conditions. There are also antibodies against IL1RAP that are being tested to treat certain types of leukemia. Those tools could be adapted for laboratory studies to evaluate their potential as Alzheimer’s disease therapies, he said.

Hello all, my name is Clarissa and I'm a project coordinator at UC, Berkeley and I'd like to invite caregivers to those with dementia to participate in a study me and my team are recruiting for testing in-home assistive technology aimed at reducing stress of caregivers and increasing safety of persons with dementia. This study is funded by the NIH and is completely free to participate. Participants receive a free Presence Caregiver research pack which includes home monitoring sensors and a mobile app. We are closing recruitment on December 15th, so if you'd like to learn more and find out if you're eligible, please visit our site at https://research.presencefamily.com/ Join us and the 300 caregivers already enrolled in our study in contributing to research designed to support the caregiver community! 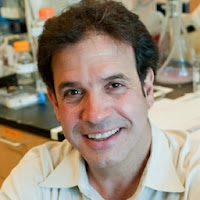 What is Epigenomics? How Does It Affect Alzheimer's?

How Alzheimer's Genes Jam Up Brain Cleanings by Immune Cells