Alzheimer’s may just be NPH (Normal Pressure Hydrocephalus), a curable dementia. 400,000 Americans have NPH. Only 11,000 are properly diagnosed. See how NPH

imitates Alzheimer’s in as many as 5% of the cases. Find out what you can do about it.

TRANSCRIPT: New York – What if someone you know was diagnosed with Alzheimer’s but instead has a condition that can actually be cured? There’s a common illness that can imitate Alzheimer’s. CBS 2’s Dr. Holly Phillips explains.

Barbara Adus: “I started to have balance problems. I would fall constantly.”

A few years ago, 72 year-old Barbara Adus’ busy and independent life came to a screeching halt.

Barbara: “I didn’t want to leave the house. I was very depressed. I stopped driving, I stopped really socializing. I really thought my life was coming to an end.”

Out of nowhere, she developed difficulty walking, memory problems and incontinence.

Husband, Gerald Adus: “I would come home and she would be crying in the corner because she had been falling so much.”

Her family feared it was dementia or Alzheimer’s disease.

Gerald: “Well I was very upset. I didn’t know what was going on with her.”

Months went by until an MRI proved she had a common and reversible illness called NPH.

Dr. Michael Kaplitt of New York – Presbytarian / Weil Cornell:
“NPH, or Normal-Pressure Hydrocephalus, is a disorder where spinal fluid that is normally made in the brain is not being effectively handled by the brain.”

The spinal fluid builds up and puts pressure on the brain, causing the debilitating symptoms.
Experts say 5% of patients with dementia, including Alzheimer’s diesease, are actually effected by NPH. And that number is expected to go up as the population ages.

Dr. Kaplitt: “If somebody has been normal and robust and living a fairly active life and all of a sudden they are having much greater problems with walking, and there is no clear explanation for it, it is certainly something that should be high on the list (for concern).”
It could happen to anyone, but treatment is simple.

Dr. Kaplitt: “We put a little tube into the brain and that diverts the fluid into the abdomen, where there’s plenty of space and ability for that fluid to be reabsorbed.”

Barbara: “I was in the hospital for five days. Gradually, gradually I started to recover. It was amazing.”

Husband: “I call her my miracle lady. And she is.”

Adus has a word of warning for anyone who experiences what she did.

Barbara: “The key is, don’t accept being told that it’s part of old age. Don’t accept that.”
In most cases of NPH, no cause can be found, but the earlier it is diagnosed, the easier it is to cure.

Don’t hesitate to ask your doctor about getting an MRI if you notice symptoms suddenly.
Dr. Holly Phillips, CBS 2 News.

And it’s worth asking because 90% of patients diagnosed with NPH benefit from treatment. 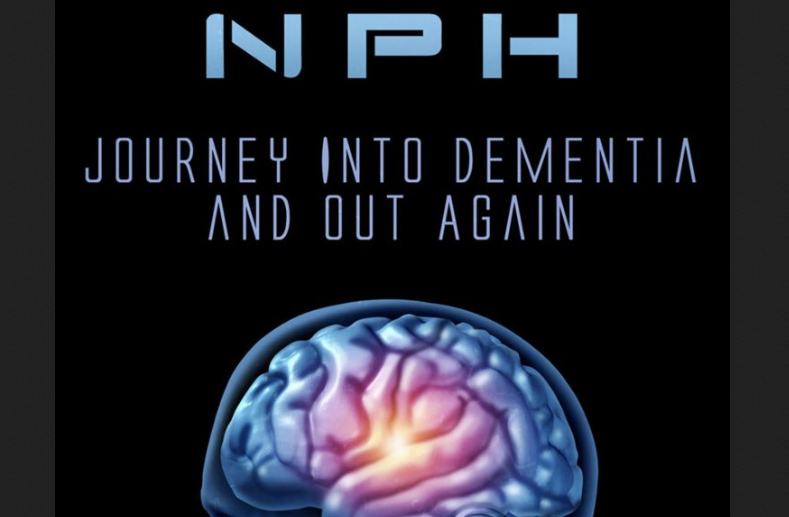 NPH cannot be cured. It can sometimes be TREATED. Not all NPH patients are good candidates for shunting. Not all symptoms improve with treatment. Often, gait and incontinence improve, but memory and cognition may not. NPH may have a degenerative component. Even in patients with initial success, it may be necessary to adjust the rate of drainage six months to several years later. Currently, the reported response rates to shunting vary from 31% to 89%. Follow-up studies have shown that the shunts may not work long-term.

After years of unsuccessful searches for a treatment/cure, the focus is now shifting to Herpes as the cause (Google 'Does Herpes cause dementia'). This makes sense when considering that females are more impacted than males because of body mechanics. Also women growing up in the 60's were part of the the free sex movement followed by Oprah's guests telling married women they should have an affair. It's not an absolute one-to-one relationship just as all smokers do not develop lung cancer but the correlation is definitely there. Patients can't change their past but there are drugs to treat herpes so there is hope.