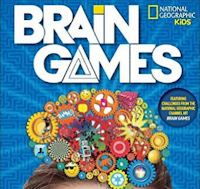 BRAIN EXERCISE can cut the risk of Alzheimer’s, according to research. See how. Find out about three ways to lower your risk of getting dementia.

A series of scientific studies demonstrate three good ways to exercise your brain in a way that appears to fight off Alzheimer’s. The three ways are:

This video is a short highlight. Scroll to the end of this article to see the 48-minute scientific presentation video. Article continues below…

The studies add to the current body of evidence that modifiable risk factors can help build resilience to age-related cognitive decline.

A scientifically tailored cognitive training program, typically referred to as “Brain Games,” led to a reduction in risk of developing cognitive decline or dementia over the 10-year course of a research study.

According to these reports, formal education and complex work may also increase resilience to cognitive decline and dementia, even in people at high risk for the disease because of unhealthful diet or blood vessel problems in the brain. Additionally, resilience factors may vary between men and women at high genetic risk of Alzheimer’s.

In one study, researchers from the Wisconsin Alzheimer’s Disease Research Center and Wisconsin Alzheimer’s Institute presented new data that suggests that people whose work requires complex thinking and/or activities are better able to withstand the onset of Alzheimer’s. Results (reported at the Alzheimer’s Association International Conference (AAIC) in Toronto) suggest that working with people, rather than data or physical things, contributed the most to the protective effect.

“As each new study emerges, we further understand just how powerful cognitive reserve can be in protecting the brain from disease. As we’ve heard at AAIC this year, formal education and complex occupation could potentially do more than just slow cognitive decline –they may actually help compensate for the cognitive damage done by bad diet and small vessel disease in the brain. In metaphorical terms, we can see how cognitive reserve is taking on super power status,” Carrillo said. “It is becoming increasingly clear that in addition to searching for pharmacological treatments, we need to address lifestyle factors to better treat and ultimately prevent Alzheimer’s and other dementias.”

Note: “Cognitive reserve” describes the ability of the brain to withstand damage and maintain function. Resilience is generally evaluated behaviorally, while damage is evaluated through microscopic examination of cells and tissue. Childhood cognition, educational attainment, and adult occupation all contribute to cognitive reserve.

“Our results show the role higher educational attainment, mentally stimulating work and social engagement can play in protecting your brain from cognitive decline, counteracting some negative effects of an unhealthy diet,” said Parrott. “This adds to the growing body of evidence showing how various lifestyle factors may combine to increase or protect against vulnerability to Alzheimer’s disease.

See the briefing by the scientists who did the research…