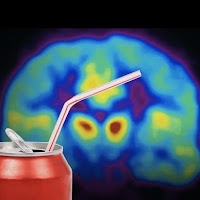 Dementia risks for 17 sugar levels were tested in 2000 people. Without exception, each higher level bumped up the risk. See why researchers found these results so astonishing.

A joint Group Health-University of Washington (UW) study in the New England Journal of Medicine has found that higher blood sugar levels are associated with higher dementia risk, even among people who do not have diabetes. (Continued below video.)

Blood sugar levels averaged over a five-year period were associated
with rising risks for developing dementia, in this report about more
than 2,000 Group Health patients age 65 and older in the Adult Changes
in Thought (ACT) study.

There was No Level Where Risk Leveled Off

“The most interesting finding was that every incrementally higher
glucose level was associated with a higher risk of dementia in people
who did not have diabetes,” said first author Paul K. Crane, MD, MPH, an
associate professor of medicine at the UW School of Medicine, adjunct
associate professor of health services at the UW School of Public
Health, and affiliate investigator at Group Health Research Institute.
“There was no threshold value for lower glucose values where risk
leveled off.”

“One major strength of this research is that it is based on the ACT
study, a longitudinal cohort study, where we follow people for many
years as they lead their lives,” said senior author Eric B. Larson, MD,
MPH, a senior investigator at Group Health Research Institute who also
has appointments at the UW Schools of Medicine and Public Health. “We
combine information from people’s research visits every other year with
data from their visits to Group Health providers whenever they receive
care. And this gave us an average of 17 blood sugar measurements per
person: very rich data.”

These measurements included blood glucose (some fasting, some not)
and glycated hemoglobin (also known as HbA1c). Blood sugar levels rise
and fall in peaks and valleys throughout each day, but glycated
hemoglobin doesn’t vary as much over short intervals.

Combining glucose and glycated hemoglobin measures
into a composite measure required special statistical techniques, which
Drs. Crane and Larson’s co-authors Rod Walker, MS, a biostatistician,
and Rebecca Hubbard, PhD, an associate investigator, both from Group
Health Research Institute, had developed. (Dr. Hubbard is also an
affiliate assistant professor of biostatistics at the UW School of
Public Health.) These sophisticated statistical models required
specialized data on the relationships between glycated hemoglobin and
glucose levels, and they used data generated by co-author David M.
Nathan, MD, a professor of medicine at Harvard Medical School and
director of the Diabetes Center at Massachusetts General Hospital.

So should people try to eat less sugar — or foods with a lower
“glycemic index”? Not necessarily, Dr. Crane said: “Your body turns your
food into glucose, so your blood sugar levels depend not only on what
you eat but also on your individual metabolism: how your body handles
your food.” But he does suggest that taking walks couldn’t hurt: The ACT
study has previously linked physical activity to later onset and
reduced risk of dementia, including Alzheimer’s disease.

Furthermore, Dr. Crane emphasized that these results come from an
observational study: “What we found was that people with higher levels
of glucose had a higher risk of dementia, on average, than did people
with lower levels of glucose,” he said. “While that is interesting and
important, we have no data to suggest that people who make changes to
lower their glucose improve their dementia risk. Those data would have
to come from future studies with different study designs.”

No data was found