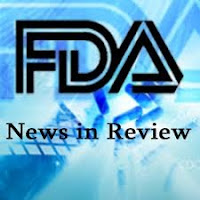 The FDA has a new Alzheimer’s-fighting plan. They are seeking public comments for the next 60 days. They plan to identify and study patients with very early Alzheimer’s disease, so they can be treated before there is too much irreversible damage to the brain. Learn why. Offer your input.

The U.S. Food and Drug Administration issued the proposal on February 7, 2013. It is designed to assist research efforts to develop new treatments for patients in the early stages of Alzheimer’s disease, before the onset of noticeable (overt) dementia.

“The scientific community and the FDA believe that it is critical to identify and study patients with very early Alzheimer’s disease before there is too much irreversible injury to the brain,” said Russell Katz, M.D., director of the Division of Neurology Products in the FDA’s Center for Drug Evaluation and Research. “It is in this population that most researchers believe that new drugs have the best chance of providing meaningful benefit to patients.”

The draft guidance titled, “Guidance for Industry, Alzheimer’s Disease: Developing Drugs for the Treatment of Early Stage Disease,” explains the FDA’s current thinking about the way researchers can identify and select patients with early Alzheimer’s disease, or those who are at risk of developing the disease, for participation in clinical trials. In recent years, the research community has tried to find ways to identify these patients using criteria that are based on biological indicators (biomarkers). Researchers have also tried to develop sensitive clinical measures that can detect subtle mental decline.

“This draft guidance is intended to serve as a focus for continued discussions between the FDA and pharmaceutical sponsors, the academic community, advocacy groups, and the public,” adds Dr. Katz. “The FDA is committed to vigorously addressing Alzheimer’s disease and will work with industry to help develop new treatments in this early population as expeditiously as possible.”

For drugs designed to treat patients with overt dementia, the FDA currently requires that treatments not only show an effect on abnormal thinking, but also how well patients function. The goal for these trials is to ensure that any beneficial effect on thinking is associated with a clinically meaningful outcome for the patient, e.g., improvement or lack of decline in how patients feel or function.

However, because patients with early Alzheimer’s disease have little-to-no impairment of global functioning, it is difficult to assess changes in function in these patients. This can make it difficult to determine if a given treatment’s effect is clinically important.

FDA is seeking public comment on the draft guidance for 60 days. Instructions on how to submit comments are included in a related Federal Register notice issued today. In finalizing the guidance document, the agency will consider the information received from the public.

The FDA proposal is part of U.S. Department of Health and Human Services’ efforts under the National Plan to Address Alzheimer’s Disease, which calls for both the government and the private sector to intensify efforts to treat or prevent Alzheimer’s and related dementias and to improve care and services. It responds to recommendations from a May 2012 HHS and National Institutes of Health Alzheimer’s research summit to conduct clinical trials in at-risk individuals without symptoms and to develop and validate new measures so that Alzheimer’s can be measured at the earliest possible time in the course of the disease.

The FDA, an agency within the U.S. Department of Health and Human Services, protects the public health by assuring the safety, effectiveness, and security of human and veterinary drugs, vaccines and other biological products for human use, and medical devices. The agency also is responsible for the safety and security of our nation’s food supply, cosmetics, dietary supplements, products that give off electronic radiation, and for regulating tobacco products.

-please – could someone tell me how to sign-up to this-thanks !