Bexarotene for Alzheimer’s: The Good, The Bad & The Ugly 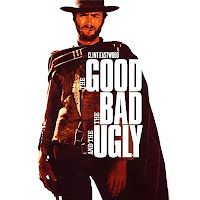 News on bexarotene demands explaining. In the Alzheimer’s lab, this FDA-approved anti-cancer drug improves memory. Since that is what matters to people, funding is pouring into its Alzheimer’s clinical trial. But how does it work? At first, it seemed to clear “plaque”, but research teams demolished that theory. New studies indicate it clears “Soluble Oligomers”. Are they right? And if so, have they accidentally fingered the prime suspect behind Alzheimer’s?

The past month has been full of news on bexarotene for Alzheimer’s that is good, bad, as well as ugly.

This replicates the findings from 2012 that bexarotene improves memory and cognition in Alzheimer’s.

“While the general tenor is you’ve got four papers that didn’t replicate (last year’s original) findings, there are elements of these papers that, in fact, do replicate their findings.

“I mean, some features weren’t (replicated), but in general, the basic premise was replicated.”

In a second round of good news this week, researchers in Cambridge published the results of a long-term study demonstrating the centrality of soluble oligomers to the damage behind Alzheimer’s.

This Cambridge study may explain just how bexarotene works in fighting Alzheimer’s.

Furthermore, if bexarotene proves to clear these oligomers and also passes clinical trials, it could be compelling evidence that the Cambridge researchers have all the right conclusions about Alzheimer’s.

Will the Cambridge study back up bexarotene, and the bexarotene studies back up the conclusions out of Cambridge?

In our report on bexarotene last week, one of our readers summarized the “bad news” on bexarotene in the comments section as follows:

The new reports from extensive and carefully controlled studies did not show any reduction in the number of plaques or total area occupied by the plaques during or after treatment.

These results are described in three “technical comments” — one of which comes from researchers at the University of Chicago, Northwestern University, Massachusetts General Hospital, Washington University in St Louis and University of Tubingen in Germany — to be published in the May 24, 2013, issue of Science.

“The drug has NO impact on plaque burden in three strains that exhibit Aβ amyloidosis,” according to that group’s comment.

“We have failed to support earlier findings by Cramer et al that Targretin is efficacious in reducing plaque burden in transgenic mouse models of cerebral Aβ deposition.”

Comment co-author Sangram Sisodia, PhD, professor of neurosciences at the University of Chicago, said he and his colleagues were curious about the initial report in 2012.

“We were surprised and excited, even stunned, when we first saw these results presented at a small conference,” said Sisodia.

“The mechanism of action made some sense, but the assertion that they could reduce the areas of plaque by 50 percent within three days, and by 75 percent in two weeks, seemed too good to be true.”

“We all went back to our labs and tried to confirm these promising findings,” Sisodia added.

“We repeated the initial experiments — a standard process in science. Combined results are really important in this field.

None of us found anything like what they described in the 2012 paper.”

The researchers found no effects on plaque burden in three different strains of mice that were treated with bexarotene.

The discrepancy, besides being disappointing, also raises concerns about patient safety. The Food and Drug Administration approved bexarotene in December 1999 for a very specific use: treatment of refractory cutaneous T-cell lymphoma, a type of skin cancer. Once approved, the drug became legally available by prescription for “off-label” uses as well.

“Anecdotally, we have all heard that physicians are treating their Alzheimer’s patients with bexarotene, a cancer drug with severe side effects,” said co-author Robert Vassar, PhD, professor of cell and molecular biology at Northwestern University Feinberg School of Medicine. “This practice should be ended immediately, given the failure of three independent research groups to replicate the plaque-lowering effects of bexarotene.”

Bexarotene has never been tested as a treatment for Alzheimer’s disease in humans, not even to determine the optimal dose or duration of treatment.

Dr. Peterson feels there is still a valid “basic premise” that bexarotene does indeed help memory in mice with Alzheimer’s.

Dr. Landreth, who made the initial discovery in 2012, has now started a clinical trial, with 12 people, to study whether bexarotene accelerates the clearance of soluble oligomers in humans, as it did in mice.

Scientists at the University of Leuven in Belgium reported some memory improvements in treated mice. But they warned that “given the toxicity of bexarotene, our study clearly strongly cautions against testing this drug in patients at this time.”

Another team, led by Rada Koldamova of the University of Pittsburgh, found bexarotene improved cognitive problems in mice.The mice were given a memory challenge, and a spatial test requiring them to find a hidden platform in a water maze. The “Alzheimer’s mice” performed as well as normal mice 10 days after beginning the treatment.

“I was not terribly disappointed when we didn’t see the drug’s effect on plaques,” said Dr. Koldamova. “There are other beneficial elements” that support continued study of bexarotene for Alzheimer’s.”