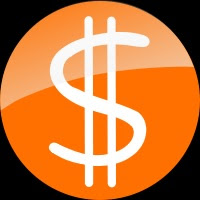 Last year, cancer got 10 times as many research dollars as Alzheimer’s. Many feel that investing that kind of money into curing Alzheimer’s will succeed in wiping it out. How can America focus its energies to make this happen?

Alzheimer’s disease accounts for 5% of all deaths, yet receives a mere .003% of the mentions in media health news. Considering what a serious situation the Alzheimer’s epidemic is becoming, the news coverage of this problem is paltry.I don’t know for sure but I have my suspicions:

There is no real news here. There is no known cure. There are no miracle drugs on the horizon. Drug companies have spent billions and come up empty-handed. The best most experts can offer is to tell us that we need to focus on prevention.

Alzheimer’s is not an “urgent” disease. Even if you’re worried about it, it’s something you think might happen in the future. You’re not going to “catch it” tomorrow and face imminent demise within the week. The news would rather scare us with meningitis or brain-eating bacteria, even though only a handful of people will ever get these diseases.

Alzheimer’s is an old person’s disease, not the demographic advertisers are paying to reach.

While mental decline is not an inevitable consequence of growing old, in our society it is expected that seniors will experience mental decline, so it is shrugged off.

However, I don't know of throwing money at the problem will be that big a help. After decades of searching for good drugs, the drug companies have come up short.

One reason this is so is that there ultimately will be found to be many causes of Alzheimer's so no one treatment will work for everyone.

Prevention is key and plenty has been discovered about steps that can be taken but the mainstream organizations ignore them. ALZ.org says in their promotional video that it can't be prevented, yet there is scientific evidence to the contrary.

My take on this? There is no money to be made by big pharma to get people to adopt a brain-healthy lifestyle.

Alzheimer's is not just an "old person's disease" – my husband, and many others, have been discarded when they developed Early-Onset Alzheimer's in their 30s, 40s and 50s.

I must differ with writers who say there's nothing on the horizon. The company TauRx has had a very successful Phase II trial of over 300 Alzheimer's patients and is now under way with two Phase III trials. Instead of going after amyloid plaque, as so many other companies have done, this company is attacking the tau tangles that are part of Alzheimer's and some other diseases. If these trials come through, then a way of stopping further decline (but not a way of restoring what's already been lost) may be at hand.