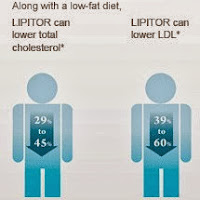 Top experts at world-renowned Johns Hopkins Medicine did a systematic review of existing statin studies. Unlike the FDA, they found no connection between short-term statin use and memory loss. In fact, longer-term statin use was associated with protection from dementia. Check out the facts.

A review of dozens of studies on the use of statin medications to prevent heart attacks shows that the commonly prescribed drugs pose no threat to short-term memory, and that they may even protect against dementia when taken for more than one year. The Johns Hopkins researchers who conducted the systematic review say the results should offer more clarity and reassurance to patients and the doctors who prescribe the statin medications.

The question of whether statins can cause cognition problems has become a hot topic among cardiologists and their patients following changes on the drug labels ordered by the U.S. Food and Drug Administration in February 2012, warning about memory problems with short-term statin use.

However, in their extensive review, the Johns Hopkins researchers found that statins do not affect short-term memory or cognition. In contrast, they say that when the drugs are taken for more than one year, the risk of dementia is reduced by 29 percent. Their findings are published  in an online article in the Mayo Clinic Proceedings posted on October 1, 2013.

“All medications, including statins, may cause side effects, and many patients take multiple medicines that could theoretically interact with each other and cause cognitive problems,” says Kristopher Swiger, M.D., a primary author of the study. “However, our systematic review and meta-analysis of existing data found no connection between short-term statin use and memory loss or other types of cognitive dysfunction. In fact, longer-term statin use was associated with protection from dementia.”

For their study, the Johns Hopkins researchers conducted two different analyses involving a total of 41 different studies, which they narrowed down to 16 that had the most relevance. The first analysis looked at the impact of short-term statin use and cognitive function including memory, attention and problem-solving. For that analysis, they included studies that used a standard, objective measurement tool known as the Digit Symbol Substitution Test. The other assessment focused on studies in which participants took statins for more than one year to see if there was any correlation with a later diagnosis of Alzheimer’s disease or vascular dementia.

“Our goal was to provide clarity on this issue based on the best available evidence,” according to Raoul Manalac, M.D., a co-primary author of the study. “We looked at high-quality, randomized controlled trials and prospective studies that included more than 23,000 men and women with no prior history of cognitive problems. The participants in those studies were followed for up to 25 years.”

Statins reduce cholesterol levels in the blood, particularly low-density lipoprotein (LDL), which is known as the “bad” form of cholesterol that can build up as plaque inside blood vessels. The drugs have been shown to reduce coronary artery disease and stroke among those at high risk as well as for those who have already been diagnosed with cardiovascular disease following a heart attack or stroke. Statins have also been shown to reduce the amount of inflammation within blood vessels and prevent the risk of blood clots.

“Because of their effect on arteries to reduce or stabilize plaque, and prevent strokes, it makes sense that statins could be protective in the brain against dementia,” according to senior author Seth Martin, M.D., a Pollin Cardiovascular Prevention Fellow with the Johns Hopkins Ciccarone Center for the Prevention of Heart Disease and the study’s senior author.

Roger Blumenthal, M.D., the Kenneth Jay Pollin Professor of Cardiology and director of the Ciccarone Center, says the findings will be reassuring to many patients. “Statins can be lifesaving medications for high-risk individuals,” says Blumenthal, “but many of our patients became concerned about taking the drugs after the FDA created labeling changes last year. This very robust analysis of the best data available should allay those concerns.”

The study did not receive any funding from industry, and the authors have no conflicts of interest. Swiger and Manalac received protected research time from the Johns Hopkins Osler internal medicine residency program to conduct this study. Martin’s work is supported by the Pollin Fellowship in Preventive Cardiology and the Marie-Josée and Henry R. Kravis endowed fellowship.