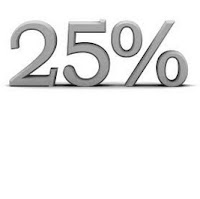 Researchers from the Cambridge Institute of Public Health showed the number of people with dementia in the UK was much lower than predicted, based on trends two decades earlier.

Using age- and gender-specific dementia rates collected from interviews in 1991, researchers estimated around 884,000 people over 65 (8.3%) would have dementia in 2011. However, fresh interviews in 2011 indicated only around 670,000 (6.5%) had dementia. This was 214,000 fewer people than population ageing alone would have predicted and represents an overall reduction of 24%.

Almost half of the people asked for the second survey did not take part for one reason or another, which may have been a source of error in the estimates. However, the effect of this is likely to be small so the general conclusions seem reliable.

The study authors suggest that the reduction in prevalence since 1991 might be linked to better public health messages encouraging people to eat a healthier diet and exercise more. However, they advise not to rest on our laurels because rising obesity levels and poorer diet could reverse the trend in the next 20 years.

So taking steps to improve your heart health is very much a win-win option as it will also reduce your risk of vascular dementia.

Where did the story come from?

The study was carried out by researchers from the Cambridge Institute of Public Health at Cambridge University and was funded by the UK Medical Research Council with support from other funding bodies, including the National Institute for Health Research.

The study was published in the peer-reviewed medical journal, The Lancet.

The story was widely reported across the UK media and the reporting was generally accurate. There was a lot of discussion around whether the prevalence of dementia would continue to decrease in the future, especially given rising levels of obesity, which has emerged as a significant risk factor for dementia.

What kind of research was this?

This was an analysis of two cross sectional surveys aiming to find out whether the prevalence of dementia had changed in the past two decades.

The prevalence of dementia is an important public health issue and estimates are needed to plan for future care provision. However, many of the estimates are outdated and this study aimed to update estimates made in 1991 using identical surveying methods to gain a new estimate for 2011.

What did the research involve?

Between 1989 and 1994, the Medical Research Council Cognitive Function and Ageing Study (MRC CFAS) interviewed 7,635 people aged 65 years and over (9,602 approached, response rate 80%) from three areas across the UK – Cambridgeshire, Newcastle and Nottingham. This was done to produce an estimate of the prevalence of dementia across the UK. This is known as the CFAS I estimate, which is for 1991 (the midpoint between 1989 and 1994).

Between 2008 and 2011, new interviews were done in the same three areas for a CFAS II study. In total, 7,769 individuals completed the interviews from a total 14,242 approached, a response rate of 56%. Both CFAS I and CFAS II used the same sampling and survey methods, and used the same criteria for diagnosing dementia. This ensured the results were directly comparable with each other, despite being two decades apart.

The analysis compared the prevalence of dementia in the 7,635 people interviewed in CFAS I with the 7,796 people interviewed for CFAS II. They also used the CFAS I data to predict how many people with dementia they would have expected to see in 2011, and whether this was higher or lower than what they actually found using the more up-to-date CFAS II 2011 data.

Prevalence was estimated for men and women separately and at different age bands.

Prevalence estimates were modified to take into account the way the information was collected (known as the sampling design) and the impact of the people who were asked to take part in the study but who chose not to (non-response). Both of which can potentially bias the results. This approach was appropriate.

What were the basic results?

However, using identical methods, CFAS II estimated the number of people with dementia in the UK in 2011 was 670,000 (6.5%). This was 214,000 fewer people than population ageing alone would have predicted, representing an overall reduction of 24%.

These estimates didn’t change when changes in response rate were factored in, suggesting they were not significantly influenced by the low response rate in the CFAS II.

How did the researchers interpret the results?

The authors concluded that “this study provides compelling evidence of a reduction in the prevalence of dementia in the older population over two decades.”

This study suggests that the prevalence of dementia in over 65s in 2011 is lower than would have been expected.

The study had many strengths, including the large number of people it interviewed from different areas and the consistent research methods adopted in 1991 and again in 2011, particularly using the same criteria to diagnose dementia at both time points. This means we can be relatively sure that its conclusions are reliable.

That said, it does have some limitations to consider. The response rate in 2011 (56%) was much lower than in 1991 (80%). The study authors offer a number of explanations for this, including historic trends showing people are less likely to respond to surveys nowadays. However, they did take this “non response” into account in their analysis, and it didn’t alter the results.

Nonetheless, this accounting uses assumptions about the prevalence of dementia in the people who didn’t take part which is less robust than having a high response rate to begin with.  So, the results may still have been influenced by response bias.

The authors acknowledged that the method of diagnosing dementia they used in both studies has been superseded and is no longer the norm.

There has been a great deal of clinical debate and change around the best way to diagnose dementia since 1991 and using different methods can produce different prevalence estimates in different age groups. With that in mind, it is difficult to tell how much the diagnosis method would have influenced the estimates of the actual numbers of people expected to have dementia.

However, because they used the same method at both time periods, the relative comparison (the change between 1991 and 2011) should be broadly accurate.

Discussion in the Lancet highlighted how the results “suggest that lifestyle changes – eg, in diet, exercise, and smoking – might reduce the risk of dementia and promote more general health and wellbeing.” This is interesting because if positive changes in health behaviour can decrease prevalence of dementia, then negative lifestyle choices might increase dementia.

It is possible that current levels of obesity and related cardiovascular disorders, stroke, and diabetes may mean that future rates of dementia actually “rebound” and could be higher than in the past.

This point was summed up in a quote from Professor Hugh Perry in the Telegraph who said: “we can’t assume that this reduction will be seen in future studies, therefore the need for us to find ways of preventing and treating dementia is as urgent as ever.”

Links to the science

Matthews FE, Arthur A, Barnes LE, et al.
A two-decade comparison of prevalence of dementia in individuals aged
65 years and older from three geographical areas of England: results of
the Cognitive Function and Ageing Study I and II (PDF, 1.69MB). The Lancet. Published online July 16 2013

That are really amazing numbers (a drop of 25% of cases of sporadic (late-onet)Alzheimer disease dementia type and of others dementia types!) in UK

I guess that the UK got that fantastic results ,not only because of people are realizing that a healthy life style and physical exercises are very important to prevent against heart and brain diseases, but I guess that what led to that fantastic lowering in the numbers of cases of dementia in UK maybe is because:

1) The medical system in UK is not directly payed by the patients but by tax .
This system includes more people to have access to physicians and medicine drugs in an easier way , once with the system of the "neighborhood doctor" and of the primary care (with a team of health professionals working together with the family physician)that they have in UK , that the “family” physician and the health professional team , visit the houses and have health neighbors care unit to treat patients of neighborhood , they can educate people about how to prevent heart and brain diseases , and they can prevent or detect earlier dietary nocive habits, lack of physical exercises ,high blood pressure . diabetes . heart diseases,etc. ,that are some of the main disorders that increases the risks of sporadic (late-onset) Alzheimer disease and of others dementias types ,as vascular dementia , stroke sequelae dementia ,etc.

2) I guess so ,that with the improving of the knowledge of the pathological mechanisms of vascular heart and brain diseases , diabetes , etc ., it led to discover more new medicine drugs in the lasts 25 years to treat diabetes .high blood pressure , heart diseases with a higher effectiviness than 25 years ago .

For example, the synergistic effects of the medicine drugs as statins,aspirin and drugs to control high blood pressure , had a big impact in the lowering of heart attacks and strokes in the last 25 years , and the drugs and surgery to treat heart attacks and strokes, maybe , are some of the responsibles to that amazing drop of 25% of dementia cases in UK.

Anyway , people with a healthy style of life. that makes moderate physical exercises , that control the high blood pressure, that treat diabetes , heart dieeases , etc. , can really have a great chance to LOWERS the risks of heart,kidney and brain diseases, and that treatments leads in consequence, to a very important and amazing drop of the risks of AD and other dementias.

My congratulations to UK govern and to their physicians and to their health team as the nurses , nutritionists, dentists , etc.]

]The UK public health system is an example to be follow to others governs around the world.

Do not believe statistics, as the UK NHS runs out of funds, doing boob jobs on young ladies, it takes longer and longer to get diagnosed with dementia. It took from 2005 to 2007 for my wife to be officially diagnosed with vascular dementia. Her doctor kept saying that memory loss was nothing to worry about.
The figures need looking at more seriously.
Roger.

The implications of this, and several other studies, on the prevalence of dementia (including studies in the U.S.) are discussed in: