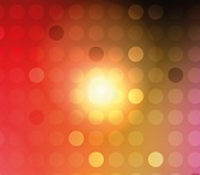 Can a flickering light predict dementia, diagnose it and measure its progress? University of Georgia researchers think it can. Patients watch a flickering light that speeds up until it goes so fast that it looks like a solid circle. The results are so impressive that doctors may soon have a new way to provide better, more accurate treatments. Find out more.

University of Georgia researchers have developed a simple technique to measure an individual’s visual processing speed–the speed at which an individual can comprehend visual information–in order to identify whether or not they may have cognitive issues.

The recent study, published in the journal Archives of Clinical Neuropsychology, focuses on using a simple test of visual flicker to evaluate an individual’s level of executive cognitive abilities, such as shifting attention between different tasks, planning or organizing and problem solving.

For this study, researchers from UGA’s Neuropsychology and Memory Assessment Laboratory and Vision Sciences Laboratory collaborated to use a method based on measuring processing speed through sight. Catherine Mewborn, a doctoral candidate in UGA’s Franklin College of Arts and Sciences department of psychology, led the study.

“We knew that sensory function is important for cognitive function, and we had a unique opportunity with this collaboration,” said Mewborn, who works in the Neuropsychology and Memory Assessment Laboratory under the mentorship of L. Stephen Miller.

Participants in the study looked into a device that was created for the purpose of this study. Inside the device, two wavelengths of light would alternate flashing, making it seem as though the light they were looking at was flickering on and off.

“The flickering starts out very slowly, and almost everyone can see that,” Mewborn said. “During the test, the frequency of the flickering light would change, becoming faster. It’d continue to speed up and eventually go so fast that at some point the flickering can’t be seen anymore, and it just looks like a solid circle of light.”

A participant’s critical flicker fusion measure tops out when the flicker is too fast for the participant to see.

“The point at which you stop seeing the flickering is different for everyone,” Mewborn said.

What separates this study from others is the simplicity and accuracy of the flicker measurements, Mewborn said. Critical flicker fusion may tap more basic cognitive processes than other tests traditionally used by researchers.

“One technique for measuring cognitive function is to use a standard paper-and-pencil task. The approach that we wanted to investigate, however, was to measure the ‘fundamentals’ of cognition,” said study co-author Billy Hammond, a UGA professor of brain and behavioral sciences in the department of psychology and director of the Vision Sciences Laboratory.

The brain, not the eye, determines the fastest visual flicker that can be perceived. By measuring critical flicker speeds researchers are able to assess the processing speed of the brain itself, which forms the basis of many higher cognitive functions, such as fluency or memory.

“If I wanted to know something about your cognition in relation to your risks for dementia, I’d have to give a very long test or an MRI. But if you can test for dementia by testing visual processing speed, that’s very easy and quick,” he said.

“We used a method that didn’t have a lot of the past limitations of other studies, and it could measure this speed much more accurately. If I show you a flickering light, and it flickers faster and faster, until it doesn’t flicker, that is pretty objective, with a lot less variability.”

Although this study is still in early stages, it may change the process of future exams when testing for dementia and other cognitive issues.

“The next step would be to look at these same sorts of tasks and see whether or not it could predict individuals who are beginning to show early signs of cognitive impairment, such as early signs of Alzheimer’s disease,” Mewborn said.

Sensory function–the extent to which an individual correctly senses, hears, tastes, smells and/or sees something–is important for overall brain and memory function. To be able to quickly identify someone’s level of visual processing speed, especially in aging individuals, could flag who might have greater cognitive difficulties, she said.

I would be very interested in a Flicker Function test should it become available generally.

I have had a VAT, VGT, cysternogram, MRI, CAT scan, your test seems much easier.