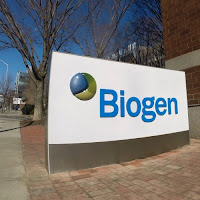 Topline results of the final analysis of the study demonstrated a statistically significant slowing of disease progression on the key clinical endpoint (ADCOMS) after 18 months of treatment in patients receiving the highest treatment dose (10 mg/kg biweekly) as compared to placebo. Results of amyloid PET analyses at 18 months, including reduction in amyloid PET standardized uptake value ratio (SUVR) and amyloid PET image visual read of subjects converting from positive to negative for amyloid in the brain, were also statistically significant at this dose. Dose-dependent changes from baseline were observed across the PET results and the clinical endpoints.

Further, the highest treatment dose of BAN2401 began to show statistically significant clinical benefit as measured by ADCOMS as early as 6 months including at 12 months.

BAN2401 demonstrated an acceptable tolerability profile through 18 months of study drug administration. The most common treatment emergent adverse events were infusion-related reactions and Amyloid Related Imaging Abnormalities (ARIA). Infusion related reactions were mostly mild to moderate in severity. Incidence of ARIA-E (edema) was not more than 10% in any of the treatment arms, and less than 15% in patients with APOE4 at the highest dose per the study protocol safety and reporting procedures.

Detailed results of the study will be presented at future academic conferences.

“The 18-month results of the BAN2401 trial are impressive and provide important support for the amyloid hypothesis,” said Jeff Cummings, M.D., founding director, Cleveland Clinic Lou Ruvo Center for Brain Health. “I look forward to seeing the full data set shared with the broader Alzheimer’s community as we advance against this devastating disease.”

“This is the first late-stage anti-amyloid antibody study to successfully achieve statistically significant results at 18 months, further validating the amyloid hypothesis,” said Lynn Kramer, M.D., Chief Clinical Officer and Chief Medical Officer, Neurology Business Group, Eisai. “We will discuss these very encouraging results with regulatory authorities to determine the best path forward. We continue to work towards the goal of delivering BAN2401 to patients and healthcare professionals as early as possible.”

“The prospect of being able to offer meaningful disease-modifying therapies to individuals suffering from this terrible disease is both exciting and humbling,” said Alfred Sandrock, M.D., Ph.D., executive vice president and chief medical officer at Biogen. “These BAN2401 18-month data offer important insights in the investigation of potential treatment options for patients with Alzheimer’s disease and underscores that neurodegenerative diseases may not be as intractable as they once seemed.”

As reported in December 2017, the study did not achieve its primary outcome measure which was designed to enable a potentially more rapid entry into Phase III development based on Bayesian analysis at 12 months of treatment. Upon the final analysis at 18 months using predefined conventional statistical method, the study did demonstrate a statistically significant slowing of disease progression on the key clinical endpoint (ADCOMS) after 12 months of treatment in patients receiving the highest treatment dose (10 mg/kg biweekly) as compared to placebo.