Depth of sleep impacts our brain’s ability to wash away waste and toxic proteins. Sleep becomes lighter and more disrupted as we become older. A new study reveals intriguing links between aging, sleep deprivation, and heightened risk for Alzheimer’s.

New research shows how the depth of sleep can impact our brain’s ability to efficiently wash away waste and toxic proteins. Because sleep often becomes increasingly lighter and more disrupted as we become older, the study reinforces and potentially explains the links between aging, sleep deprivation, and heightened risk for Alzheimer’s disease.


Article continued below the video…

In the following video, Dr. Vargas shares the technical details on research showing sleep cleans the brain from Alzheimer’s amyloid.

“Sleep is critical to the function of the brain’s waste removal system and this study shows that the deeper the sleep the better,” said Maiken Nedergaard, M.D., D.M.Sc., co-director of the Center for Translational Neuromedicine at the University of Rochester Medical Center (URMC) and lead author of the study. “These findings also add to the increasingly clear evidence that quality of sleep or sleep deprivation can predict the onset of Alzheimer’s and dementia.”

The study, which appears in the journal Science Advances, indicates that the slow and steady brain and cardiopulmonary activity associated with deep non-REM sleep are optimal for the function of the glymphatic system, the brain’s unique process of removing waste. The findings may also explain why some forms of anesthesia can lead to cognitive impairment in older adults.

Fluorescent tracers (orange) mark the flow of cerebrospinal fluid through the brains of mice under K/X anesthesia.

The previously unknown glymphatic system was first described by Nedergaard and her colleagues in 2012. Prior to that point, scientists did not fully understand how the brain, which maintains its own closed ecosystem, removed waste. The study revealed a system of plumbing which piggybacks on blood vessels and pumps cerebral spinal fluid (CSF) through brain tissue to wash away waste. A subsequent study showed that this system primarily works while we sleep.

Because the accumulation of toxic proteins such as beta amyloid and tau in the brain are associated with Alzheimer’s disease, researchers have speculated that impairment of the glymphatic system due to disrupted sleep could be a driver of the disease. This squares with clinical observations which show an association between sleep deprivation and heightened risk for Alzheimer’s.

In the current study, researchers conducted experiments with mice that were anesthetized with six different anesthetic regimens. While the animals were under anesthesia, the researchers tracked brain electrical activity, cardiovascular activity, and the cleansing flow of CSF through the brain. The team observed that a combination of the drugs ketamine and xylazine (K/X) most closely replicated the slow and steady electrical activity in the brain and slow heart rate associated with deep non-REM sleep. Furthermore, the electrical activity in the brains of mice administered K/X appeared to be optimal for function of the glymphatic system.

“The synchronized waves of neural activity during deep slow-wave sleep, specifically firing patterns that move from front of the brain to the back, coincide with what we know about the flow of CSF in the glymphatic system,” said Lauren Hablitz, Ph.D., a postdoctoral associate in Nedergaard’s lab and first author of the study. “It appears that the chemicals involved in the firing of neurons, namely ions, drive a process of osmosis which helps pull the fluid through brain tissue.”

The study raises several important clinical questions. It further bolsters the link between sleep, aging, and Alzheimer’s disease. It is known that as we age it becomes more difficult to consistently achieve deep non-REM sleep, and the study reinforces the importance of deep sleep to the proper function of the glymphatic system. The study also demonstrates that the glymphatic system can be manipulated by enhancing sleep, a finding that may point to potential clinical approaches, such as sleep therapy or other methods to boost the quality of sleep, for at-risk populations.

Furthermore, because several of the compounds used in the study were analogous to anesthetics used in clinical settings, the study also sheds light on the cognitive difficulties (sometimes called “pseudo-dementia”) that older patients often experience after surgery and suggests classes of drugs that could be used to avoid this phenomenon. Mice in the study that were exposed to anesthetics that did not induce slow brain activity saw diminished glymphatic activity.

“Cognitive impairment after anesthesia and surgery is a major problem,” said Tuomas Lilius, M.D., Ph.D., with the Center for Translational Neuromedicine at the University of Copenhagen in Denmark and co-author of the study. “A significant percentage of elderly patients that undergo surgery experience a postoperative period of delirium or have a new or worsened cognitive impairment at discharge.”

4 Ways to Prevent Memory Loss in the Hospital ICU 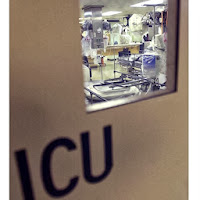 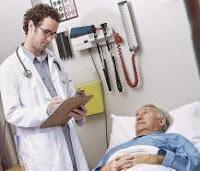 Hospital trips are stressful. This is especially true for people with Alzheimer’s and their
caregivers. Be prepared for emergency and planned hospital visits. Relieve some of
that stress. Check out these tips for ways to make hospital visits easier.