BETTER MEMORY AND BEHAVIOR, with reduced levels of Alzheimer’s tau, were achieved in the lab by supplementing drinking water with nicotinamide riboside, a form of vitamin B3. Learn what these important results mean to Alzheimer’s.

These results suggest a potential new target to treat Alzheimer’s. The study, by researchers at The U.S. NIH National Institute on Aging (NIA), appears in the Proceedings of the National Academy of Sciences. 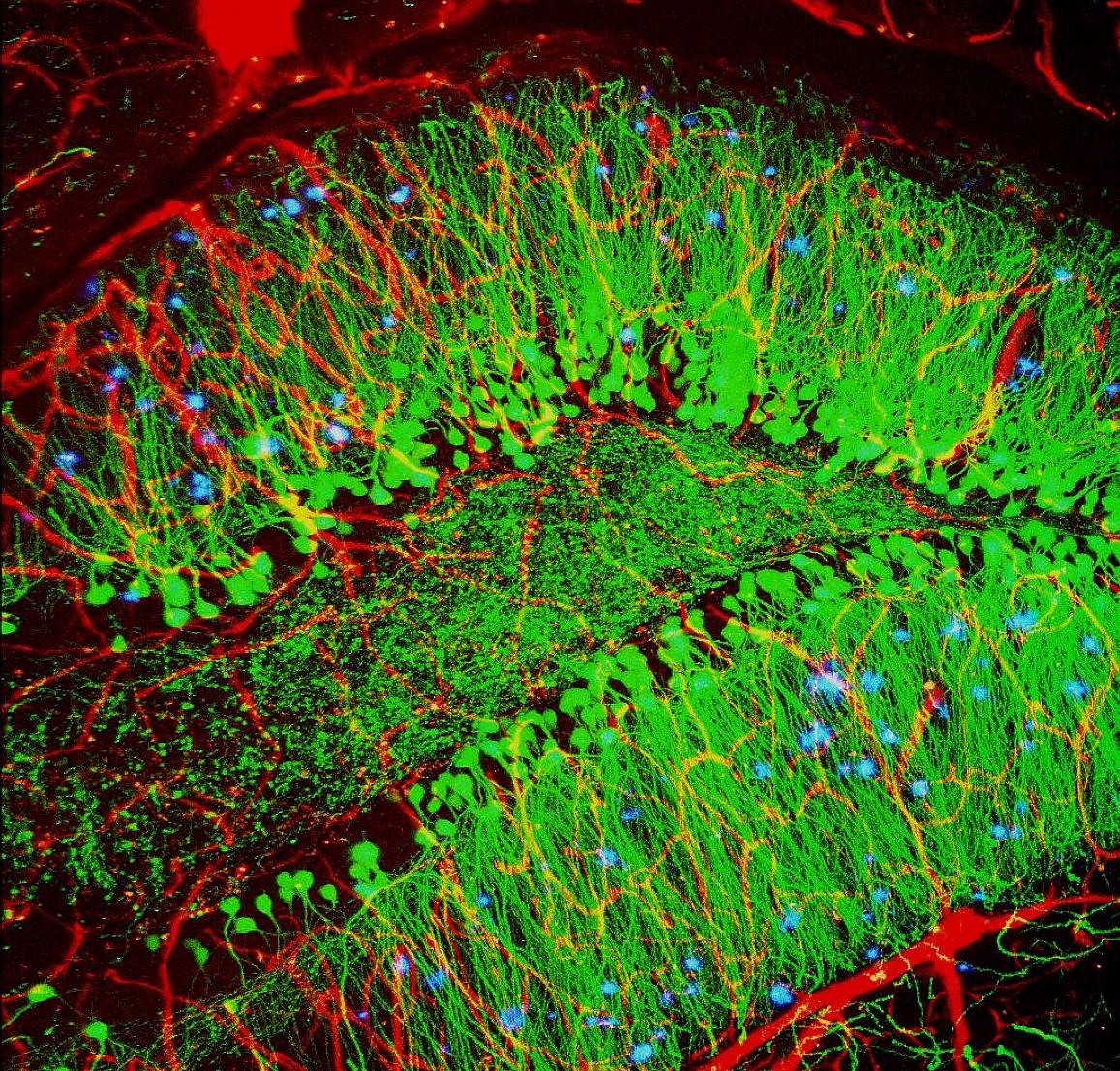 NR acts on the brain by normalizing levels of nicotinamide adenine dinucleotide (NAD+), a metabolite vital to 4 areas of brain health:

In Alzheimer’s disease, the brain’s usual DNA repair activity is impaired, leading to:

“The pursuit of interventions to prevent or delay Alzheimer’s and related dementias is an important national priority,” said Richard J. Hodes, M.D., Director of the NIA. “We are encouraging the testing of a variety of new approaches, and this study’s positive results suggest one avenue to pursue further.”

The international team of scientists was led by Vilhelm A. Bohr, M.D., Ph.D., senior investigator and chief of the Laboratory of Molecular Gerontology of the NIA’s Intramural Research Program, with Dr. Yujun Hou, a postdoctoral investigator in the laboratory.

Based on their studies in human postmortem brain, they developed a new strain of mice mimicking major features of human Alzheimer’s such as tau pathology, failing synapses, neuronal death and cognitive impairment. Using this animal model, the researchers tested the effects of an NR supplement by adding it to the drinking water of the mice. Over a three-month period, researchers found that mice who received NR showed reduced tau in their brains, but no change in amyloid-beta.
The NR-treated mice also had:

In the hippocampus area of the brain – in which damage and loss of volume is found in people with dementia – NR seemed to either clear existing DNA damage or prevent it from spreading further.

The research team believes that these physical and cognitive benefits are due to a rejuvenating effect NR had on stem cells in both muscle and brain tissue.

"See an Effect in Alzheimer’s"

“We are encouraged by these findings that see an effect in this Alzheimer’s disease model,” said Dr. Bohr. “We are looking forward to further testing of how NR or similar compounds might be pursued for their possible therapeutic benefit for people with dementia.”

Next steps for the research team include further studies on the underlying mechanisms and preparations towards intervention in humans.

Very insightful thank you. I will look to the Peer Review Scientific Studies.

It is with great pleasure we, Dementia meetings 2019 would like to express by personal gratitude to invite you to the “12th World Congress on Dementia and Alzheimer Rehabilitation” scheduled during April 11-12, 2019 in Stockholm, Sweden.
Email: parkedw18@gmail.com
Conference URL: https://dementia.psychiatryconferences.com/

Thanks for the article! You can learn more about NR, NAD, and Alzheimers at https://raisingNAD.com/category/alzheimers/