PREVENTION & THERAPY NEWS:
In a big study of 26,000 people, the hippocampus “choked” on marijuana. (The hippocampus is the brain’s memory and learning center.) Marijuana lowered blood flow to levels unseen in any other group. Find out why this strongly suggests higher vulnerability to Alzheimer’s. 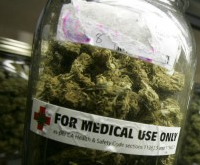