Scientists ‘Go For the Gold’ When Hunting for Alzheimer’s 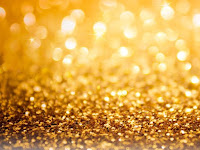 RESEARCH: Scientists are using gold nanoparticles to create new images of the amyloid fibrils associated with Alzheimer’s disease and other neurodegenerative disorders. The fibrils are formed by amyloid beta peptide and Tau protein; they appear as “knot-like” structures between brain cells. Find out more.

One of the characteristics of Alzheimer’s disease is the presence of knot-like structures between brain cells. These are called “amyloid fibrils” and are formed by the notorious amyloid beta peptide and Tau protein, which are two of the most sought-after targets for the development of therapies to treat Alzheimer’s and similar diseases.

Both amyloid beta and Tau are normally produced in the brain. However, these proteins can begin to get tangled up with each other to form bulky fibril structures. When this happens, they give rise to disorders like Alzheimer’s disease and other neurodegenerative diseases.

The fibril structures spread throughout the brain by moving from one cell to another. This is thought to lead to degeneration of neurons, causing brain damage and cognitive impairments like memory loss, and research efforts have generally focused on blocking these processes to slow the progression of the disease.

We now know that these amyloid fibrils can exist in multiple shapes and structures that exhibit different distinct properties which may explain why Alzheimer’s and Parkinson’s disease patients show different clinical symptoms. Therefore, capturing this diversity and correlating with disease symptoms in humans or the biological activity of these species in disease models has important implications for understanding disease mechanisms and developing novel therapies and diagnostics.

Given the importance of amyloid fibrils, there have been many efforts to visualize them in as much detail as possible in order to gain insights about their structure. Unraveling their structural details could possibly lead to detection of weak spots that could be targeted for treatment and pave the way for developing more reliable diagnostic tools. Despite much work, however, imaging and capturing the diversity of fibrils in biological samples has proven to be very difficult due to their complex nature and heterogeneity.

The way of gold (nanoparticles)

Now, scientists from the groups of Francesco Stellacci and Hilal Lashuel at EPFL have found a solution. In a breakthrough paper published in PNAS, the researchers show that gold amphiphilic anionic nanoparticles with a diameter around 3 nm, have a unique ability to efficiently label the edge of amyloid fibrils in a hydrated state. This makes the visualization of the diverse amyloid fibrils easier.

This was possible by imaging the nanoparticles-decorated fibrils using a specialized form of TEM called “cryogenic transmission electron microscopy” (cryo-EM). The main difference here is that in cryo-EM the sample — here the fibrils — is first rapidly frozen to a very low temperature and can be visualized in its “natural” state without having to be fixed or stained beforehand.

Between the highly efficient binding of gold nanoparticles and the capabilities of cryo-EM, the scientists were able to obtain images of fibrils and unmask their diversity with unprecedented clarity. This included fibrils grown in the lab as well as from actual postmortem tissues of patients.

“Our findings reveal a striking morphological difference between the fibrils produced in cell-free systems and those isolated from patients,” says Stellacci. “This supports the current view that the physiologic environment plays a major role in determining different types of amyloid fibrils.”

“These advances pave the way for elucidating the structural basis of amyloid strains and toxicity,” says Lashuel. “The nanoparticles are powerful and desperately needed tools for rapid imaging and profiling of amyloid morphological polymorphism in different types of samples under cryo-conditions, especially complex samples isolated from human-derived pathological aggregates.”