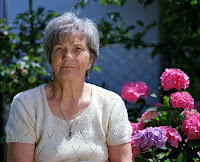 BREAKTHROUGH: The US Food and Drug Administration (FDA) has granted a “Breakthrough Therapy” designation for donanemab, a potential new treatment for people with early symptomatic Alzheimer’s. Find out more.

The Breakthrough Therapy designation aims to expedite the development and review of drugs that are intended to treat a serious condition when preliminary clinical evidence indicates that the drug may demonstrate substantial improvement on a clinically significant endpoint(s) over already available therapies that have received full FDA approval.

The FDA Breakthrough Therapy designation is based on clinical evidence for donanemab, an investigational antibody that targets a modified form of beta amyloid called N3pG.

The company’s Phase 2 trial, TRAILBLAZER-ALZ, studied the efficacy and safety of donanemab in patients with early, symptomatic AD. These data were presented at the 15th International Conference on Alzheimer’s & Parkinson Diseases™ 2021 (AD/PD™ 2021) and published simultaneously in the New England Journal of Medicine.

Lilly intends to submit a biologics license application (BLA) for donanemab under the accelerated approval pathway later in 2021 based on data from TRAILBLAZER-ALZ.

The safety, tolerability and efficacy of donanemab are also being evaluated in the ongoing randomized, placebo-controlled, double-blind, multi-center Phase 3 study TRAILBLAZER-ALZ 2 (NCT04437511).

To learn more about the TRAILBLAZER-ALZ 2 study or to see if you prequalify, visit http://www.trailblazer2study.com.

TRAILBLAZER-ALZ (NCT03367403) is a randomized, placebo-controlled, double-blind, multi-center Phase 2 study to assess the safety, tolerability and efficacy of donanemab in patients with early symptomatic Alzheimer’s disease.

The trial enrolled 272 patients who were selected based on cognitive assessments in conjunction with amyloid plaque imaging and tau staging by PET imaging.

Alzheimer’s disease is a fatal illness that causes progressive decline in memory and other aspects of cognition.

Dementia due to Alzheimer’s disease is the most common form of dementia, accounting for 60 to 80 percent of all cases. There are currently more than 50 million people living with dementia around the world, with numbers expected to increase to nearly 152 million by 20502.

Almost 10 million new cases of dementia are diagnosed each year worldwide, implying one new case every 3 seconds, and a significant increase in the caregiving burden placed on society and families. In the US alone, there was an increase of 8 million new caregivers from 2015 to 2020.

The current annual societal and economic cost of dementia is estimated at $1 trillion, an amount that is expected to double by 2030 unless we find a way to slow the disease.