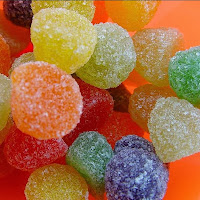 Healthy? Normal blood sugar? No diabetes? Even so, find out how the more sugar you eat, the less memory you get.

Even for people who don’t have diabetes or high blood sugar, those with higher blood sugar levels are more likely to have memory problems, according to a serious study published online in Neurology®, the medical journal of the American Academy of Neurology.

The study involved 141 people with an average age of 63 who did not have diabetes or pre-diabetes, which is also called impaired glucose tolerance. People who were overweight, drank more than three-and-a-half servings of alcohol per day, and those who had memory and thinking impairment were not included in the study. On a test where participants needed to recall a list of 15 words 30 minutes after hearing them, recalling fewer words was associated with higher blood sugar levels.

For example, an increase of about seven mmol/mol of a long-term marker of glucose control called HbA1c went along with recalling two fewer words. People with higher blood sugar levels also had smaller volumes in the hippocampus.

“Strategies such as lowering calorie intake and increasing physical activity should be tested.”

“Scientifically, we were able to shed further light on the mechanisms mediating these effects. DTI-based (diffusion tensor imaging) measurements demonstrated that not only volume of the hippocampus, but also microstructural integrity is lower if blood sugar levels are higher.”

“These results suggest that even for people within the normal range of blood sugar, lowering their blood sugar levels could be a promising strategy for preventing memory problems and cognitive decline as they age,”

What happens with one like me that had for a long time short memory and problems to follow or remember places locations if I don't visit frequently?