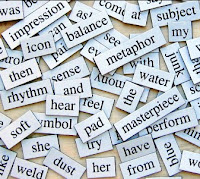 Aphasia affects a person’s ability to communicate. It affects language functions, such as speaking, understanding what others say, and naming common objects. Learn its causes, types and a few tips.

Aphasia (ah-FA-ze-ah) is a language disorder that affects the ability to communicate. “Aphasia” is a general term used to refer to deficits in language functions, such as speaking, understanding what others are saying, and naming common objects.

Aphasia is most often caused by a stroke that affects the left part of the brain, which controls the speech and language center of the brain. (See figure.) 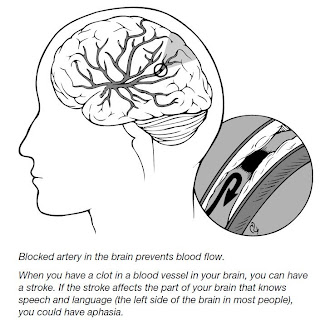 In a stroke, a clogged or burst artery in the brain disrupts blood flow. If the speech and language center of the brain gets damaged, the result is aphasia. More extensive damage typically leads to vascular dementia.
Aphasia can also be caused by diseases such as frontotemporal dementia (FTD, for short). Aphasia is most pronounced in the type of FTD called Primary Progressive Aphasia (PPA).

What are the Characteristics of Aphasia?

Aphasia from Stroke or Mini-Strokes

Aphasia does not affect intelligence. In cases where the aphasia is not mixed with other symptoms, patients remain mentally alert, even though their speech may be jumbled, fragmented or impossible to understand. When caused by a stroke, the aphasia may improve, or patients may continue to have:

Progressive aphasia is a type of aphasia that will progress and continue to get worse. It is generally caused by a disease called “frontotemporal dementia.” It may begin in people as early as their forties. One or more language abilities may become impaired. Symptoms often begin gradually and progress slowly over a period of years. As the disease progresses, memory and attention may also be impaired and patients may show personality and behavior changes. Many, but not all, people with progressive aphasia eventually develop additional symptoms of dementia.

There are two subcategories of Progressive Aphasia.

1. Primary progressive aphasia (PPA) is described as “Non-fluent Aphasia,” because the patient loses fluency in their speech. It is particularly characterized by:

Keep in mind that they lose their ability to speak, but not their comprehension.

2. Semantic Dementia is described as “Fluent Aphasia.” It is characterized by:

These patients have few behavioral symptoms or functional deficits in the early stages.

Understanding the Behavior of People with Aphasia

People with aphasia are often frustrated and confused because they can’t speak as well or understand things the way they did before their stroke. They may act differently because of changes in their brain.
Imagine looking at the headlines of the morning newspaper and not being able to recognize the words or trying to say “put the car in the garage” and it comes out “put the train in the house” or “widdle tee car ung sender plissen.” Thousands of alert, intelligent men and women are suddenly plunged into a world of jumbled communication because of aphasia.

What are the Forms of Aphasia?

There are several forms of aphasia. They include:

Questions for your Doctor or Nurse

Take a few minutes to write your own questions for the next time you see your healthcare provider:

How can family, friends and caregivers help?

A person with aphasia and family members will need the help and support of a doctor, counselor and speech pathologist. It’s a good idea for family and friends to:

APHASIA: This is what my Mom has. She has not had a stroke just progressive dementia at the age of 89. In the past 3 yrs. she has had a hard time getting out her words which gradually got worse. We would laugh along with her or have a guessing game of fun. Now she has gotten to the point where we can no longer do that. Her words come out and have no meaning to what she is trying to say. It's very sad and takes a lot of patience. It's hard to say "I don't know' or "I don't know what you mean" with every sentence she says. Mom is in a nursing home. After a year there she still wishes she could be back at her home on the farm. I was so thrilled to see this information here. I just wish I knew what I could do to help her:(

Dear Farm Family,
I cannot tell how long ago you posted regarding your mom and aphasia. Because she has dementia you may find she does not need an accurate in content response. She needs a response that validates her FEELINGS through seeing and hearing your body language, facial expressions, and intonations. I hope you find this helpful.

I'm in the early stages or an effect of a stroke, it's scary as hell. I have full cognitive ability and can write it but not verbalize, it feels like someone else is speaking for me. Can read to myself but open my mouth & I hear the wrong words, and frustration makes it worse. Your mom is lucky to have your understanding & compassion.

This article is misleading and out of date.

Primary progressive aphasia (PPA) has been recognized as a family of progressive clinical syndromes (i.e., a collection of symptoms), rather than a specific disorder, for over twenty years. PPA variants can be caused by a number of different neurodegenerative disorders including Alzheimer's as well as dementias in the FTD family.

However, several recent studies have demonstrated that a high percentage of PPA patients cannot be classified with the 3 syndromic variants, so it appears that the current consensus criteria need to be modified in order to be applicable to more PPA patients.

In addition, frontotemporal lobe dementias have been undergoing reclassification into numerous species of FTD.

My Mother is very intelligent and well read and loved to read. She had a stroke around 2002 or so. The stroke did not affect the left or right sides, it just affected her ability too pull the words she wanted from her brain file and it may be possible that the stroke affected the part of the brain that perceives pain. She knows exactly what she wants to say, it just doesn't come out right all the time. other times something spills out exactly as she wants and occasionally surprises us by using big words. My Mom has Broca's Aphasia, but certain agencies or facilities take it upon themselves to change a residents records to say she has early dementia. Everyone we know feels this is an attempt to discredit her when she has a complaint with her care. But we have an observer who sits in her room 6-9 hours per day and documents everything. Our Mom has never been diagnosed with any type of dementia and those who think they can give advise on aphasia without doing their research should do more research on the matter.

My mom speaks garbled language. The words don't make any sense. It gets worse and worse. However she doesn't particularly have problems with short term memory. She doesn't have the classic symptoms of AD even though that is what the dr threw out what she had for lack of anything better to diagnose. She has never wandered, never had behavorial problems, just trouble with speaking and urinary incontinence. Could this be something other than AD?

My mom is the same way. She is 77 yrs old. We have never been told she had a stroke. But she cannot spit her words out and if she does they don't make sense. She did have urinary incincontinence and then she couldn't urinate, and now she is on dialysis 3x a week.

My mother got paralysis and her speech got affected to an extent that she is stuck at the word 'america' .. she being an indian and never visited America, it was quite strange for us. If we coax her to say something she will try but its been 6 years no progress as such. Can anyone help ?

I do not know if I can help you. I suffered a stroke a year ago and it was a very deep one. At the beginning I lost around 99 percent of my words. There were only a few words that survived. One of these was the word Supercalifragilisticexpialidocious used in the film Mary Poppins. That word survived. But it is very hard to use that word intelligently. It was a word buried very deep in my mind that did not get destroyed by the stroke. Eventually over the past year I have gotten about 80 percent of my words back. But the simple words never returned and I will have to relearn them all over again.

my dad has early onset dementia and he was recently diagnosed with Aphasia. Would this mean that he developed aphasia from the dementia or he had aphasia before he had dementia? he was diagnosed with dementia a few years ago and he's changed a lot since then. can anyone explain this to me please?

Dementia, in plain English, basically means brain failure. Aphasia describes one of the specific ways that the brain fails.
Hope this helps.

wpDiscuz
11
0
Would love your thoughts, please comment.x
()
x
| Reply
News to Get at the Truth