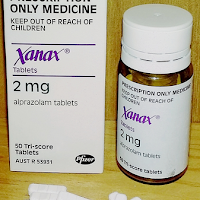 Valium, Ativan, Klonopin, Xanax and other benzodiazepines are dementia risks. Approved in the 1960s, doctors still prescribe them. Patients still ask for them, even for ailments with newer, safer, more effective treatments. Get the facts and get better treatment.

Researchers and doctors are encouraging patients to review treatment options to improve treatment and reduce risks connected to common benzodiazepines.

Transitioning to the Newest Drugs

Patients taking benzodiazepines to treat psychiatric conditions should consider transitioning to other therapies because of heightened risks for dementia and death, according to clinicians from the American College of Osteopathic Neurologists and Psychiatrists.

This class of drug received FDA approval in the 1960s and was believed to be a safer alternative to barbiturates.

Despite new psychiatric protocols, some physicians continue to prescribe benzodiazepines as a primary treatment for:

A growing body of research indicates this practice could greatly increase patients’ risk of dementia and Alzheimer’s disease, according to Helene Alphonso, DO, Director of Osteopathic Medical Education at North Texas University Health Science Center.

“Current research is extremely clear and physicians need to partner with their patients to move them into therapies, like anti-depressants, that are proven to be safer and more effective,” said Dr. Alphonso, a board-certified psychiatrist practicing in Fort Worth. “Due to a shortage of mental health professionals in rural and underserved areas, we see primary care physicians using this class of drugs to give relief to their patients with psychiatric symptoms. While compassionate, it’s important to understand that a better long-term strategy is needed.”

A Canadian review of 9,000 patients found those who had taken a benzodiazepine for three months or less had about the same dementia risk as those who had never taken one. Taking the drug for three to six months raised the risk of developing Alzheimer’s by 32 percent, and taking it for more than six months boosted the risk by 84 percent. Similar results were found by French researchers studying more than 1,000 elderly patients.

The case for limiting the use of benzodiazepines is particularly strong for patients 65 and older, who are more susceptible to falls, injuries, accidental overdose and death when taking the drugs. The American Geriatric Society in 2012 labeled the drugs “inappropriate” for treating insomnia, agitation or delirium because of those risks.

“It’s imperative to transition older patients because we’re seeing a very strong correlation between use of benzodiazepines and development of Alzheimer’s disease and other dementias. While correlation certainly isn’t causation, there’s ample reason to avoid this class of drugs as a first-line therapy,” Dr. Alphonso said.

OMED 15 is the American Osteopathic Association’s five-day medical education event offering clinical and research updates in 15 specialties, with an emphasis on osteopathic principles and practices.

It would be helpful to identify the new and more effective drugs.