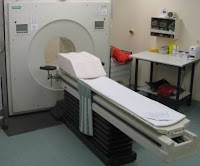 F18 Amyloid Scans are a relatively new technology that scan the brain for Alzheimer’s plaques. At over $2000 a scan, how crucial are they? A new study comes up with a clear picture of when it may or may not be worth it.

Results of the study showed that for FDG-PET scans that did not provide a definitive diagnosis, an additional amyloid PET scan contributed to an accurate prediction of cognitive decline.

“By acquiring an amyloid imaging scan within a month of the indeterminate FDG-PET, managing physicians can treat patients with an Alzheimer’s-like pattern of reduced brain metabolism with a better chance of preserving cognitive function,” said Erica Parker, lead author of the study and a research coordinator at the University of California, Los Angeles.

For this study, FDG and amyloid PET data from 100 study participants with mild cognitive impairment were evaluated independently in two blinded readings conducted by a radiologist and a nuclear medicine physician. Readings were documented as positive, negative or indeterminate for neurodegenerative disease.

Amyloid PET scans were found to be positive in half (50 percent) of cases that were indeterminate using FDG-PET alone. These results were then integrated with results of another study, which found that Alzheimer’s treatment was administered earlier for 40 percent of patients with positive FDG-PET scans. Additionally, the subjects who began the Alzheimer’s treatment earlier had better cognitive outcomes. Combining these analyses, the researchers found that up to 17 percent of those who had an amyloid scan after an ambiguous FDG-PET scan can expect to experience statistically significant improvements in cognition by the two-year follow-up.

People are often not completely certain of their type of dementia. In such cases, they may often find amyloid PET scans help them to get better treatment.