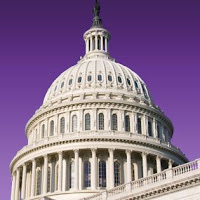 4 new studies on brain scans, memory tests and body fluids such as saliva, offer better keys to predicting, diagnosing and tracking Alzheimer’s. Find out the latest news from this week’s massive Alzheimer’s conference in Washington, DC.

WASHINGTON, DC, July 19, 2015 – Brain scans, memory tests and body fluids such as saliva may hold the keys to understanding a person’s likelihood of developing Alzheimer’s, even among those who don’t yet have memory and thinking problems associated with the disease, suggest four studies reported at the Alzheimer’s Association International Conference® 2015 (AAIC® 2015) in Washington, D.C.

Two of the studies suggest that an excess of certain proteins in cerebrospinal fluid (CSF) are strong predictors of Alzheimer’s, and that the accuracy of these predictions is stronger when they are considered together with other diagnostic tools, such as memory tests or MRI brain scans. A third report suggests that new ways of creating images of inflammation in the brain with PET scans could one day be used to identify treatments that protect the brain. Finally, a small but intriguing study suggests it could be possible to detect Alzheimer’s-like changes in saliva, which is easily obtained, safe and affordable, but there is a lot of work still to be done.

“There is now consensus that Alzheimer’s disease begins with changes in the brain that are happening while people are still cognitively normal, decades before memory and thinking problems begin, which then accelerate as the disease progresses,” said Maria Carrillo, PhD, Alzheimer’s Association Chief Science Officer. “Still, diagnosis of Alzheimer’s usually happens fairly late in the progression of the disease, typically not until symptoms are severe enough to prompt a visit to the doctor.”

“Earlier diagnosis or, better still, the ability to predict the onset of Alzheimer’s, would significantly increase the window of opportunity a person with Alzheimer’s has to formulate an informed response to the news and empower them to be an active participant in decision-making while they still have the ability. It also would help researchers choose participants for treatment research, especially people at the earliest, pre-symptomatic stages of the disease who are needed for prevention trials,” Carrillo said.

The Alzheimer’s Association 2015 Alzheimer’s Disease Facts and Figures report found that only 45 percent of people diagnosed with Alzheimer’s or their caregivers say they were told the diagnosis by their doctor. Research suggests that one of the reasons doctors do not disclose a diagnosis of Alzheimer’s is they have insufficient time and resources to provide support to patients and caregivers at the time of the diagnosis. Extending the time between diagnosis and the onset of symptoms could change that situation.

Research suggests that certain biological changes take place over time that signal the future onset of Alzheimer’s disease symptoms in people with otherwise normal memory and thinking skills. Understanding which changes are most predictive of Alzheimer’s may help in the selection of candidates for clinical trials and help monitor an individual’s response to treatment or prevention strategies.

To assess the usefulness of different predictive tests, Marilyn Albert, PhD, Director of the Division of Cognitive Neuroscience in the Department of Neurology at Johns Hopkins University School of Medicine and Director of the Johns Hopkins Alzheimer’s Disease Research Center and colleagues repeatedly evaluated the mental status of 189 participants from the BIOCARD Study who were cognitively normal at the beginning of the study, They used a variety of measurement tools and identified those tools that best predicted the onset of MCI five years later.

They found that the combined results of six measures were particularly useful:

Several statistical measures were used to characterize the accuracy of prediction, including the Area Under the Curve (AUC), sensitivity and specificity (AUC=0.886, sensitivity = 0.85, specificity = 0.70).

“Our study shows that – up to five years before any Alzheimer’s symptoms appear – a small set of factors can tell us, with significant accuracy, which cognitively normal individuals will develop mild cognitive impairment due to Alzheimer’s,” said Albert. “We hope that this information will be useful for designing clinical trials aimed at delaying the onset of symptoms among cognitively normal individuals. An approach such as ours could be used for determining which people might be most likely to benefit.”

Early detection of Alzheimer’s related symptoms is critically important for individuals with the disease and for clinical studies seeking to slow or stop disease progression. However, many diagnosis techniques can be costly or invasive. Saliva is simple to obtain, easily transportable, and has been successfully used in a variety of diseases and conditions. Since multiple samples can be readily obtained, saliva testing is particularly useful for performing repeated assessments that span days, weeks, months or longer.

The researchers conducted their study using saliva samples, clinical diagnoses and cognitive data from the Victoria Longitudinal Study (VLS), a long-term, large-scale investigation of human aging. Protein analysis technology, called liquid chromatography-mass spectrometry (LCMS), was used to analyze the saliva samples and identify which substances were predominant in the saliva of each of the three types of individuals. Linking that data back to each participant’s clinical diagnosis, researchers reported strong associations between certain substances and a person’s cognitive abilities. For example, higher levels of one substance in the MCI group and another in the Alzheimer’s group were observed. When these were examined in NA, higher levels of both predicted worse episodic memory performance. Another substance with higher levels in the Alzheimer’s group predicted slower speed in processing information.

“Saliva is easily obtained, safe and affordable, and has promising potential for predicting and tracking cognitive decline, but we’re in the very early stages of this work and much more research is needed,” said Sapkota. “Equally important is the possibility of using saliva to find targets for treatment to address the metabolic component of Alzheimer’s, which is still not well understood. This study brings us closer to solving that mystery.”

Cerebrospinal fluid (CSF) buffers and protects the brain and spinal cord; when the brain is injured or damaged, certain proteins are released into the CSF. Examining CSF has led to the discovery of proteins that are strongly linked to Alzheimer’s and can be useful in assessing an individual’s health status. One such protein is neurogranin.

Neurogranin is a protein found only in the brain and is involved in the communication pathways between brain cells, known as synaptic signaling pathways. Synapse damage and loss is a common, early feature of Alzheimer’s and there is a strong correlation between the extent of synapse loss and the severity of dementia. Recent research shows that neurogranin levels in the CSF are elevated in people with Alzheimer’s.

At AAIC 2015, Maartje Kester, MD, PhD of VU University Medical Center, Amsterdam, Netherlands and colleagues presented findings from a study of 162 individuals from the Amsterdam Dementia Cohort who were either cognitively normal, had MCI or Alzheimer’s. All of the participants had two cerebral spinal fluid samples taken over the course of two years, allowing researchers to compare the protein content over time. Participants also had cognitive exams about four years apart, giving researchers a picture of how participants’ memory and thinking status changed over time.

The researchers also observed that while neurogranin increased slightly over time in the cognitively normal group, it did not in those with MCI or Alzheimer’s. “This may indicate that neurogranin levels in CSF reflect very early synaptic loss in Alzheimer’s and may be useful for early detection,” Kester said.

“We found that neurogranin is a potentially useful marker for the diagnosis, prognosis and monitoring of Alzheimer’s,” said Kester.

Imaging Inflammation in the Brain – Is It In Our Future?

PET imaging compounds for amyloid plaques in the brain have been FDA approved for use in people with suspected Alzheimer’s disease but an unclear diagnosis or an unusual presentation, and, as reported at AAIC 2014, significant advances are being made in PET imaging of tau tangles. These are the two hallmark brain lesions of Alzheimer’s disease and are thought to be involved in its cause and progression.

Inflammation is another condition/pathway being investigated for its role in Alzheimer’s; it can be deadly to brain cells and may be activated by the plaques and tangles. Microglial cells, as the brain’s immune cells, constitute the active immune defense in the central nervous system (CNS). They have the potential to either protect or – when activated – destroy critical links in the brain. Attempts have been made to develop treatments that keep the cells in a protective state.

Andreas H. Jacobs, MD, Professor at the European Institute for Molecular Imaging, Muenster, Germany, and Director of the Department of Geriatrics at the Johanniter Hospital, Bonn, Germany, presenting at AAIC 2015 on behalf of his collaborators from the INMIND consortium, gave an overview of the state-of-the-art in PET imaging of inflammation in the brain.

To monitor the effects of new treatments on microglial cells, researchers often use positron emission tomography (PET) scans to visualize active microglial cells by tracking a protein that is produced at higher levels when the cells are active/destructive. Use of this technique is limited, however, because the relationship between this protein and microglial function is not fully understood yet, making interpretation of imaging results challenging. Consequently, other imaging targets are now under investigation.

“The data reported at AAIC demonstrates the potential of new target structures – such as cannabinoid type 2, P2X7 and COX2 receptors – to more accurately reflect various stages or types of the microglial cells, telling us if they’re being destructive or protective,” said Jacobs. “It is our hope that these new imaging tools can help us assess the effectiveness of treatments that lessen their destructive behavior.”

MORE INFORMATION ABOUT AAIC:
The Alzheimer’s Association International Conference (AAIC) is the world’s largest gathering of leading researchers from around the world focused on Alzheimer’s and other dementias. As a part of the Alzheimer’s Association’s research program, AAIC serves as a catalyst for generating new knowledge about dementia and fostering a vital, collegial research community.
AAIC 2015 home page: www.alz.org/aaic/
AAIC 2015 newsroom: www.alz.org/aaic/press.asp