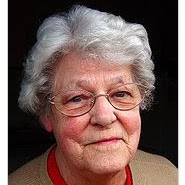 3 important dementia studies focus on HS-AGING. It’s a type of dementia almost as common as Alzheimer’s in the 85+ group. Yet few people have heard of it. Why? What makes it different?

In those who live to a very advanced age (beyond the age of 85) HS-AGING (hippocampal sclerosis in the elderly) is almost as prevalent as Alzheimer’s. Remarkably, HS-Aging appears to be a completely separate disease from Alzheimer’s, although it is almost always diagnosed as Alzheimer’s disease while people are alive.

Three important papers authored by Dr. Peter Nelson and others at the University of Kentucky Sanders-Brown Center on Aging, explore the neuropathology behind this little-understood brain disease.

Overview of 3 New Studies on HS-AGING:

It is important for physicians and scientists to understand the unique pathology of HS-AGING, and to be able to differentiate it from other diseases, as it is only by making an accurate diagnosis that clinicians can hope to treat people who present with signs of cognitive decline. These current studies represent a leap forward in the knowledge base about HS-AGING, and represent potential new paths to explore for diagnosis and treatment of this serious, but under-appreciated brain disease.

In people over 95, a type of dementia called HS-Aging is about as common as Alzheimer’s. Yet few people have heard of it. Why? What makes it different?

Alzheimer’s and HS-Aging are types of dementia. In people over 95, their prevalence is about equal.

HS-Aging is Not Well Known. Everyone Has Heard of Alzheimer’s. Why?

There are hundreds of types of dementia. In people aged 65 to 95, 60% of dementia cases are Alzheimer’s. That is why Alzheimer’s is so well-known.

At age 95, the balance shifts and HS-Aging becomes about as common as Alzheimer’s.

Few people have heard of HS-Aging. The main reason is because it is often mis-diagnosed as Alzheimer’s. Why?

When dementia is seen in the elderly, the default diagnosis is Alzheimer’s. This is caused by many factors, among them:

With these realities, it is common for a diagnosis to default to the most common dementia, which is Alzheimer’s.

As a result, people with dementias such as HS-Aging often live out their lives thinking they have Alzheimer’s.

How does HS-Aging differ from Alzheimer’s?

Alzheimer’s and HS-Aging both damage the hippocampus. It seems that HS-Aging hits harder than Alzheimer’s, causing greater disturbances to memory.

HS-Aging describes a brain under attack from a protein called TDP-43. It causes sclerosis, or the hardening of tissues. In the case of HS-Aging, TDP-43 proteins harden brain tissue in the hippocampus (sometimes called the memory-processing center), causing the loss of a large number of crucial brain cells. It is called Hippocampal Sclerosis because the brain’s hippocampus is the focus of the attack.

Alzheimer’s, on the other hand, is an attack on the brain by plaques (made from beta-amyloid) and tangles (made of tau proteins). Researchers speculate that the plaques clump together and “choke” brain cells, while the tangles strangle them from within.

How does HS-Aging differ from regular HS?

Regular Hippocampal Sclerosis (HS) occurs in younger people where brain tissue hardening is associated with epilepsy. HS-Aging is a similar hardening, but it occurs in the elderly with different consequences. It is caused by a long life of physical wear-and-tear on the brain, similar to vascular dementia. As a matter of fact, once people hit 95, the combined occurrences of HS-Aging PLUS vascular dementia actually outstrip Alzheimer’s.

Why does the type of dementia matter?

As explained above, the biochemistry of each dementia differs significantly. This implies different medications are required to fight the chemicals causing the dementia. A person’s response to medicines and supplements will be entirely different, depending on the disease.

Importantly, new F18 imaging techniques have recently been introduced that let doctors see if a person with dementia has the plaques associated with Alzheimer’s. Using this technique helps doctors tell the difference between Alzheimer’s and HS-Aging. This is particularly crucial in the world of clinical trials, where participants must closely match the experimental drugs they are testing.

When we talk about dementia in aging athletes, it is usually the type of dementia called CTE (Chronic Traumatic Encephalopathy). Recent studies showed athletes in contact sports like football are 19 times more likely than average to develop dementia. As a result, there has been a huge burst of research on CTE treatment.

CTE treatment has a lot in common with HS-Aging treatment. With the new attention both of these dementias are now receiving, there is good reason to hope for effective new treatments in the immediate future.

Study #1 above was done with the collaboration of the National Alzheimer’s Coordinating Center (or “NACC”; the first author of this study, Willa Brenowitz, is based in Washington state and works with NACC), enabling Nelson and colleagues to incorporate data from dozens of federally funded Alzheimer’s Disease Centers around the country. These centers are funded by the National Institute on Aging, part of the National Institutes of Health. The research was supported by NIA grant numbers U01 AG016976 and P30 AG028383.

Study #2 above was based on analyses that were boosted through collaboration with the larger NACC-based dataset. Further, the first author, Dr. Janna Neltner, provided critical expertise in digital pathologic measurement of the brain.

My mother had Lewy Body dementia, which also is mostly diagnosed as ALZ….it doesn't get the research that it deserves either…most people haven't even heard of it…am glad they are starting to realize different dementias need to be treated differently!!

You left out what I consider a very important piece of this puzzle that I am sure readers would like to know……What are the differences in behavior and other symptoms that would distinguish these two types of dementia from one another? Thank you for addressing!

I agree with foodmaven. this article left me with more questions than information. It just ended without addressing questions it had posed. Dissappointing…
.

This seems more likely to be the case with my mother. I have always felt that it was more than vascular dementia with mum. She started to lose her complete memory about two years ago, she has no recall of her childhood or young life. I would like to know the probable prognosis of this disease. Apart from arthritic hips and knees mum is very well just no memory, not even 10 seconds ago.

The symptoms of all forms of Dementia's and Alzheimer's disease are similar and overlap. Truth be told…we understand precious little about these devastating diseases and the brain. And the drugs available to treat them today are all but worthless,too. Sadly, it will take another 50 years of research to find any major breakthroughs for these horrid maladies of the human mind.