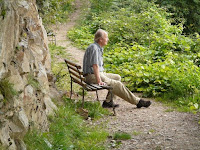 Woolsey Pharmaceuticals on Feb. 18, 2021 announced the launch of a Phase 2 CNS study of a medication intended to reduce wandering in dementia patients. Learn more.

Woolsey Pharmaceuticals is a clinical-stage company that develops treatments for neurodegenerative diseases; the company announced the dosing of the first patient with BRAVYL in its FOUND (Fasudil fOr Uncontrolled waNDering) study for Alzheimer’s and Vascular Dementia patients who have wandering behaviors of elopement and/or getting lost.

Dementia is the leading cause of dependency and disability amongst older adults. Wandering is one of the most dangerous dementia-related behaviors.

In early February 2021, in the midst of a massive winter storm that slammed the Northeast, a 67-year-old Allentown, PA woman who had Alzheimer’s disease, wandered away from her home.

After a frantic search, the woman was found four blocks away, lying in a snowbank. She was pronounced dead from hypothermia a few hours later.

The stress experienced by families and caregivers when a person living with dementia wanders and becomes lost is significant.

Wandering represents the “tipping point” for many caregivers, as they are more likely to report significant depression and burden — which, in turn, can lead to the gut-wrenching decision to place a loved one in a nursing home or locked memory care unit.

BRAVYL (oral fasudil), is a potent inhibitor of Rho-kinase (ROCK) and is believed to reduce wandering behaviors by improving blood flow in the hippocampus, a part of the brain that plays a major role in navigation, learning, and memory. BRAVYL is non-sedating.

BRAVYL has been tested in a small study of dementia patients who had symptoms of wandering. The disappearance of wandering symptoms in these patients was observed shortly after the start of treatment.

Not long after discontinuation of treatment, patients returned to their pretreatment (wandering) state. This on-off effect was replicated more than once in these subjects.

FOUND is a Phase 2a study to evaluate whether BRAVYL improves wandering behaviors of excess movement and pacing, cognition, memory, neuropsychiatric symptomatology, and caregiver/nursing staff burden, among other endpoints.

Participation spans 26 weeks. FOUND is currently recruiting at multiple sites in the United States and Australia.

“Wandering away from home or a care facility is dangerous for people with dementia and stressful for families and caregivers who must continually monitor the person’s movement 24 hours a day,” said Dr. David Thomas, professor at Eastern Michigan University and noted expert on dementia-related wandering.

“If results from an earlier study could be replicated here, it would certainly represent a historic and momentous step forward in the quality of life and care of people who wander.”

“We are pleased to enroll the first patient in the FOUND trial, which will further our understanding of the potential role of BRAVYL for the treatment of dementia patients who wander,” said David Geliebter, Co-Founder and Executive Chairman of Woolsey Pharmaceuticals.

“Today’s announcement is an important milestone in bringing more than just hope to these patients and their loved ones.”

Data readout in the study is anticipated in 2022.

In late 2019, Woolsey Pharmaceuticals, a portfolio company of Embark Healthcare, licensed exclusive rights to BRAVYL from a leading Japanese pharmaceutical company. The drug’s active ingredient, fasudil, is approved in Japan and China in an IV formulation for the treatment of cerebral vasospasm. Woolsey’s drug, BRAVYL, is an oral version of fasudil. Woolsey Pharmaceuticals is a portfolio company of Embark Healthcare (embarkhc.com).

My husband who has Alzheimer's just completed this study and the Fasudil helped him tremendously. I wish we could fast track these results in or to expedite the approval by the FDA. WE NEED THIS DRUG NOW.