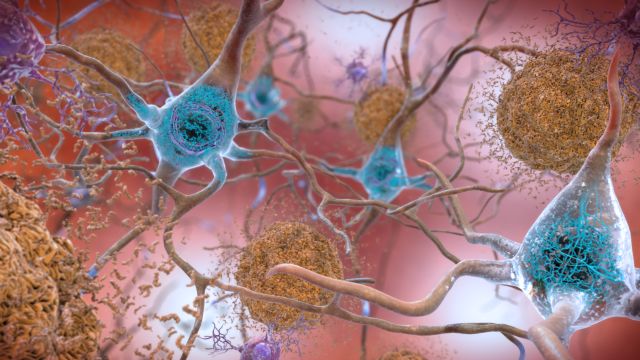 Phase II/III trials are begining in the Tau NextGen study. The study will assess the effect of Lecanemab, an experimental anti-amyloid therapy, in pre-symptomatic or symptomatic participants who have an Alzheimer’s-causing gene mutation. Learn more.

What this study examines

People who have genetic mutations of DIAD, a rare form of Alzheimer’s disease (AD) that causes memory loss and dementia, are likely to develop symptoms at around the same age their affected parents did, often in their 50s, 40s or even 30s.

The major AD pathologies are amyloid plaque that consists of amyloid beta (Aβ) aggregates; neurofibrillary tangles; and intraneuronal aggregates of tau, all of which are believed to spread throughout the brain.

The purpose of the Tau NexGen (New Window) study is to assess the safety, tolerability, biomarker and cognitive efficacy of investigational therapies in pre-symptomatic or symptomatic participants who have an AD-causing gene mutation.

The Dominantly Inherited Alzheimer Network Trials Unit (DIAN-TU) is an international public-private partnership dedicated to designing and managing interventional therapeutic trials for individuals with and at risk of DIAD. The DIAN-TU is dedicated to finding solutions to treat or prevent this disease and, potentially, all forms of Alzheimer’s.

In March 2021, the DIAN-TU selected E2814, which was created from a research collaboration between Eisai and University College London, as the first investigational medicine among anti-tau drugs for the Tau NexGen study.